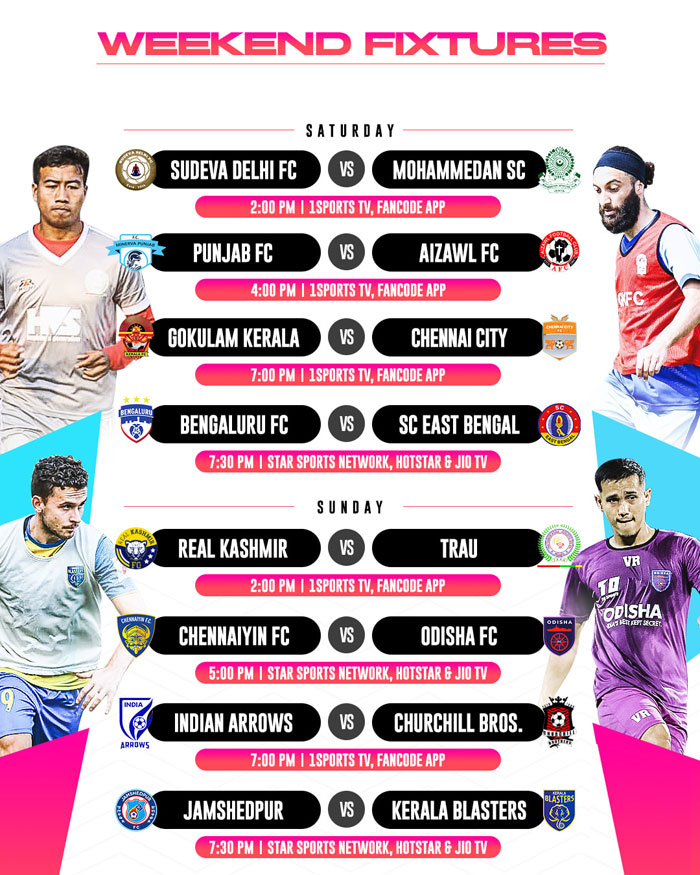 The 14th edition of the Hero I-League 2020-21 is all set to kick-off on January 9, 2021 and is to be played among 11 teams in four different stadia – the VYBK, the Mohun Bagan ground and the Kishore Bharati Stadium in Kolkata, and the Kalyani Municipal Stadium in Kalyani.

The first game of the League kicks off on January 09, 2021, with former Mohammedan Sporting taking on the debutants Sudeva at the famous Vivekananda Yuba Bharati Krirangan (VYBK).

The entire edition will be played in the secured bio-bubble and is India’s first-ever sports competition in 2021 across all sports since the Covid pandemic lockdown. Most significantly, the edition is being held on the back of the success of the Hero I-League Qualifiers which was the first-ever domestic sporting competition to be held in India across all sports since the lockdown – highlighting AIFF’s credible efforts of keeping the game going amidst tumultuous pandemic-ravaged times.

On the footballing front, three new teams, including the 130-year old Mohammedan Sporting of Kolkata, who will be making a return to the fold after a gap of six seasons, will be competing for the title.

Sudeva FC of Delhi will mark the first time a club from the National Capital makes an appearance in the fabled tournament, while the third new team RoundGlass Punjab FC is based out of Chandigarh.

All India Football Federation’s (AIFF) developmental side Indian Arrows, is also set to kick-start a fourth successive campaign and rounds off the group of 11.

On the administrative front, given the requirements of the times, the games will be played behind closed doors and all squads and support staff and personnel will be operating and have already been operating from a bio-secured bubble, following all Covid-19 protocols. This has also necessitated a shortened calendar this season, giving rise to a change in the format of the league.

In the first round all teams play each other once leading to a top-six Championship stage which will be divided into two groups. In Group A, each of the top-six play each other with the eventual winner being decided on the basis of highest points accumulated across the 15 games; while in Group B, all teams play against each other once to determine the relegation. Points will be carried forward from the League phase into the second round.

To read more about the new format, click here.

The 14th edition of the Hero I-League 2020-21 season will be broadcast live exclusively on the 1Sports channel. The prize money for the top four teams will be as follows:

Mr. Praful Patel, President, AIFF in his statement said: “One always gets emotional during the launch of the Hero I-League and this year is no exception. It is heartening to see the return of the legacy-laden Mohammedan Sporting to the Hero I-League fold. It is the true embodiment of the spirit of Indian Football Forward Together, which has been driving the resurgence of the game in the country in recent years.”

Mr. Kushal Das, General Secretary, AIFF, in his statement said: “These are unprecedented times and the fact that we are able to bring football back is a great effort from all stakeholders involved. We need to pat ourselves on the back to start a football league in India ahead of any other federation. I am looking forward to an entertaining and competitive league.”

“I welcome back Mohammedan Sporting to the League as well as a special welcome to debutants Sudeva Delhi FC. This time we also have players from Bangladesh playing in the League and that will attract a sizeable International audience as well. May the best team win. Good luck to all the teams.”