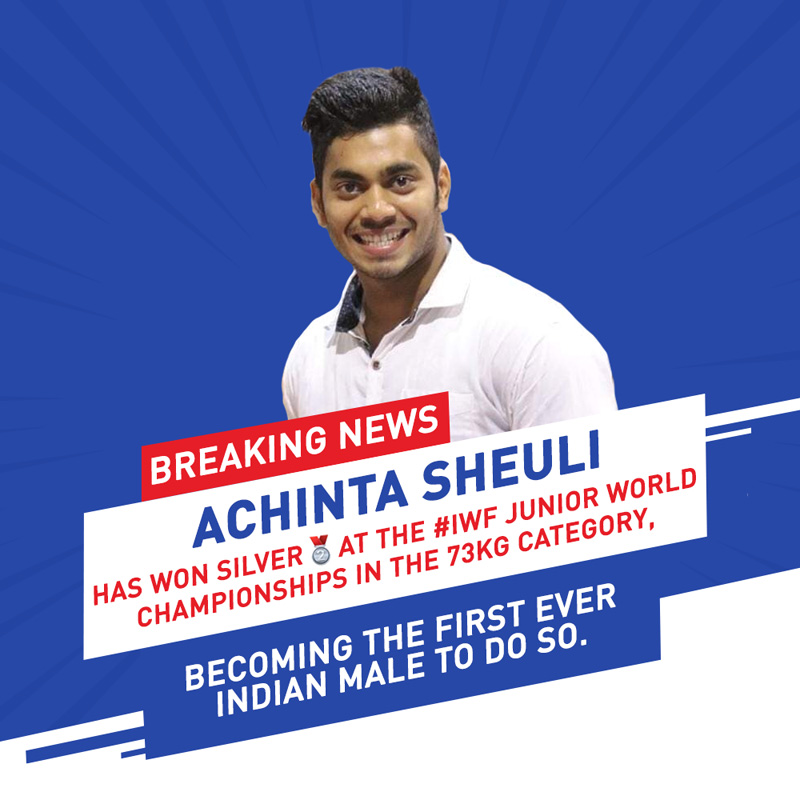 The Commonwealth Championship gold medalist bettered both his earlier personal best in snatch and clean and jerk by two kilograms each. He had lifted 309kg (139kg+170kg) at the Asian Championships last month. Indonesia’s Juniansyah Rizki 349kg(155kg+194kg) put up a spectacular performance, breaking the junior world record in all three events to win the gold medal, while Russia’s Serobian Gevorg 308kg (143kg+165kg) took home the bronze.

Achinta effortlessly lifted 137kg in his first snatch attempt only to falter in his second try of 141kg. However, the West Bengal lifter made amends as he successfully lifted 141kg in his third and final attempt to grab the bronze medal in the Snatch event.

Medals are awarded separately for snatch, clean and jerk, and total lift in continental and World Championships. But, just one medal — for total lift — is awarded in the Olympics. With the effort, Achinta obliterated the senior national snatch record of 140kg that stood in N Ajith’s name, while also bettering his own junior record of 139kg. In clean and jerk, Achinta looked in command from the beginning.

The teenager successfully hoisted the barbell in all his three attempts to seal a spot on the podium. With the 172kg lift, Achinta bettered his own senior and junior record in clean and jerk, both of which stood at 170kg.

He also smashed both the senior and junior national record for total lift that stood at 310kg and 309kg respectively. On Tuesday, Youth Olympics gold medallist Jeremy Lalrinnunga, the other Indian in the fray, finished fourth in the 67kg category, winning a silver medal in the snatch event.