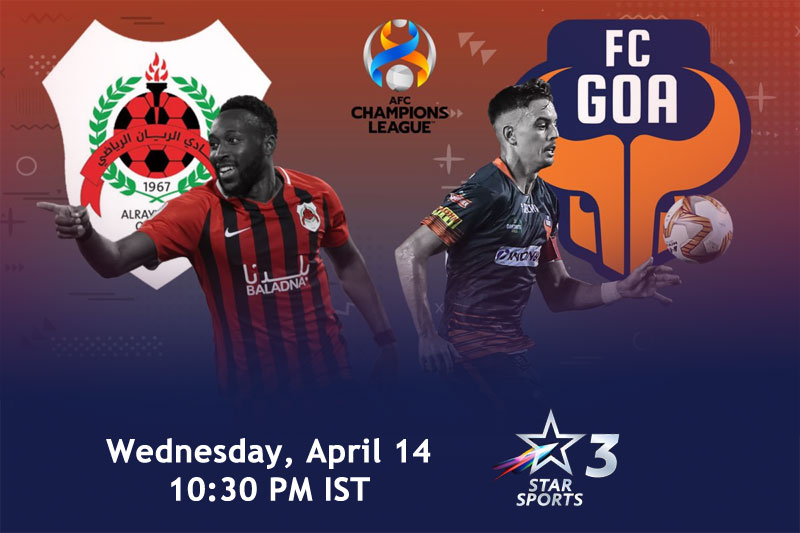 FC Goa have registered a 28-man squad for their ACL campaign this year.

All clubs are allowed to have at most four foreign players in their squad including player from an AFC (Asian Football Federation) member association. Australian defender James Donachie fulfils that criteria for the Gaurs.

Forward Igor Angulo and midfielder Alberto Noguera have been left out from the squad that competed in the Indian Super League.

Indian forwared Romeo Fernandes has been included in the FC Goa first team for the first time since 2016.

Al Rayyan are one of the biggest clubs in Qatar and finished third in the 2020-21 season of the country’s top division which is named Qatar Stars League. They finished behind Al Sadd, coached by Xavi Hernandez, and Al Duhail.

The team is coached by former France national team and PSG manager Laurent Blanc. They qualified by finishing the 2019-20 Qatar League as runners up.

The team is in Group E and will take on Goa, Al Wahda and Persepolis this month in their group stage campaign.