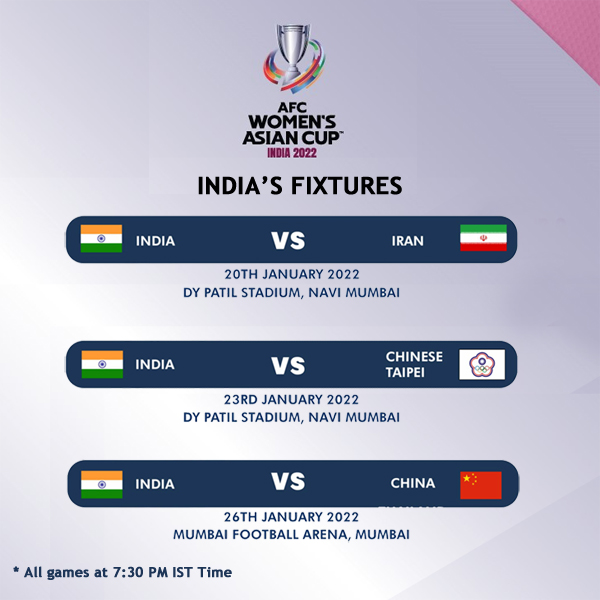 India have been handed a tough draw at the 2022 AFC Women’s Asian Cup, a tournament that they will host in January. The home team will face China, Chinese Taipei and Iran in the group stage.

India, ranked 57th in the Fifa charts, are the third-highest ranked side in the group behind China (17th) and Chinese Taipei (40th) and ahead of Iran (72nd).

However, Thomas Dennerby’s team will feel confident especially on home turf and having recently beaten Chinese Taipei in an international friendly.

India have played six friendlies in October and have given a good account of themselves winning three and losing three.

The team that is just getting started under their Swedish coach is expected to improve by the time the Asian Cup begins.

India will face Iran in the opening match of the tournament on January 20, 2022.