OBJECTIVE : The objective of this scheme is to award Airports Authority of India (AAI) Sports Scholarships to promising young players with a view to enhancing sporting standards in AAI as also encouraging young talent.

NUMBER OF SCHOLARSHIPS: The number of scholarships will not exceed 85 for open category and

DURATION OF SCHOLARSHIP:
The scholarship will be given initially for a period of one year, which is extendable based on the individual’s performance/improvement in his/her event.

CONDITIONS FOR AWARD OF SCHOLARSHIPS

SELECTION:
All applications received within the stipulated time shall be considered by a committee duly constituted by the President, Airports Authority of India Sports Control Board. Cases of talented sports persons who are not students may also be taken into consideration for award of scholarships subject to their meeting all requirements and verification/certification by the Secretary of the concerned State Federation/National Federation. Cases of special merit not covered under the above conditions may be considered with the approval of Chairman, AAI.

APPLICATIONS:
The duly completed & signed application should be sent in prescribed format along with requisite enclosures in an envelope (13.5 x 9.5 inches) which should be super scribed in bold letter with “AAI SPORTS SCHOLARSHIP SCHEME 2021-22” on the top left corner of outer envelope to the under mentioned address so as to reach latest by 26th October 2020): – Shri Gian Batra, General Manager(HR) & Secretary, AAI Sports Control Board, Airports Authority of India, A Wing, Room No. 120, Rajiv Gandhi Bhawan, Safdarjung Airport, New Delhi. 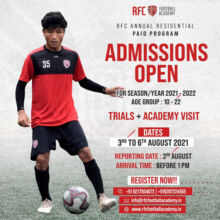 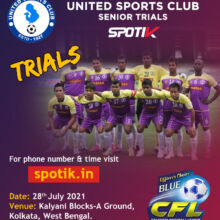 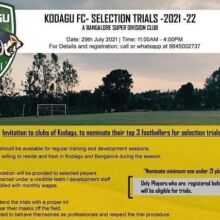 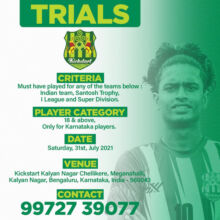 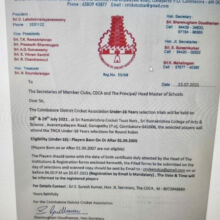 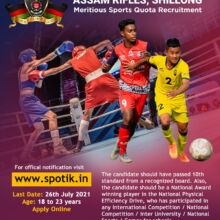