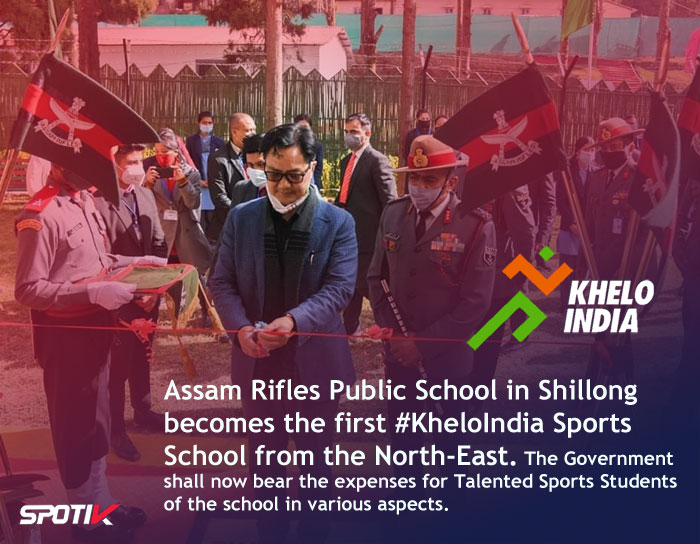 The Assam Rifles Public School in Laitkor will be converted into a ‘sports school’ from 4th January on the lines of the Motilal Nehru School of Sports in Haryana.

A press release from Assam Rifles yesterday said that the school, which will focus on athletics, archery and fencing, will be known as ARPS (Sports) and will teach 50 boys and 50 girls who will be selected, coached and trained by the Sports Authority of India, which will also bear the cost of the students’ academics and training under the Khelo India scheme of the central government.

The Laitkor school will be the first of its kind in the North East, the release added.