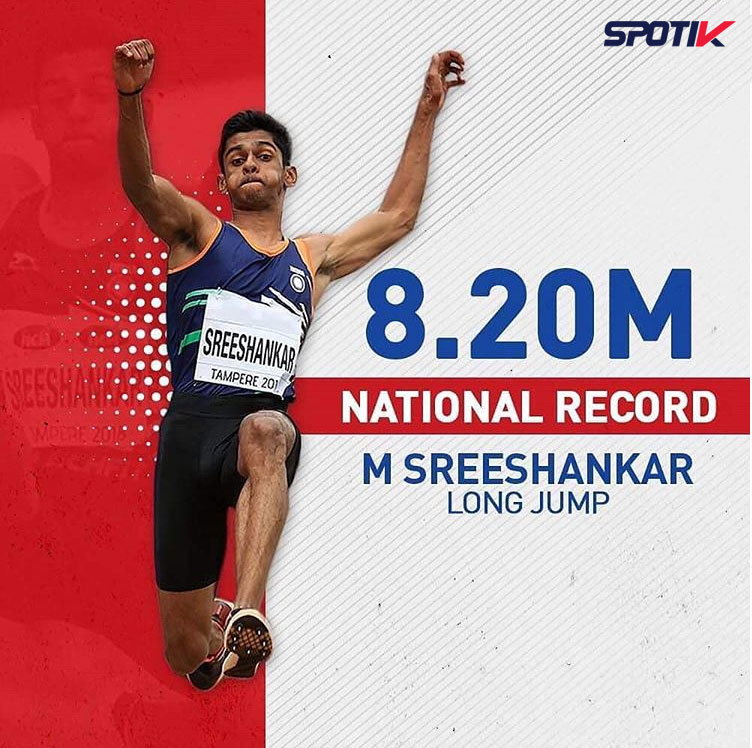 In the race to Tokyo for men’s long jump, a mark of 8.22m or more is enough to earn a spot in the field of 32. Sreeshankar not only achieved that, but he also bettered his previous best and his own national record effort of 8.20m with a jump of 8.26m at the Netaji Subhas National Institute of Sports complex.

Getting off the pit when he completed the fifth attempt, he immediately sensed that he had attained his goal, holding his arms aloft as he watched the officials measure the distance. The joy was doubled when he got the confirmation on the electronic board.

“I am thankful to everyone who supported me to achieve this result. I wanted to prove a point as everyone thought 8.20 was my peak and after that my performance was not the same. I am really very happy,” said Sreeshankar.