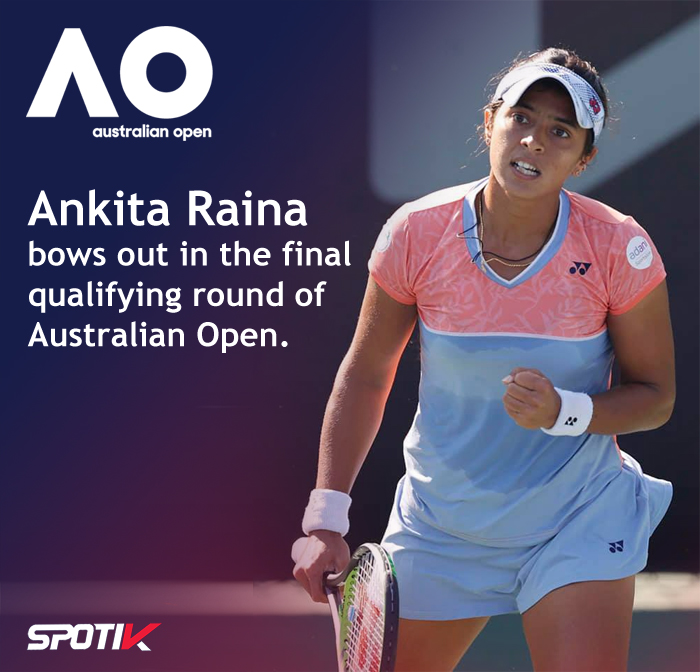 India’s no 1 Ankita Raina(180) went down fighting against Olga Danilovic(183) of Serbia in a three setter. This was Ankita’s first ever final qualifying round in Australian Open.

Ankita lost the first set by conceding 3 breaks, losing the set by 2-6. Coming back from that horrible set, Ankita looked much better in the second and took the set 6-3. Going into the decider, nothing went right for India’s no 1 as she was outclassed 1-6.

Great run for the Indian No.1, making the final round of Grand Slam Qualifying for the first time in her career. Six lucky losers will be allowed to travel to Melbourne, and Ankita could be one of them – depending on how other results go.

Ankita’s loss also ends India’s campaign at the Australian Open singles qualifying round. Sumit Nagal and doubles stars like Rohan Bopanna, Divij Sharan will feature in main draw, which will begin from February 8.