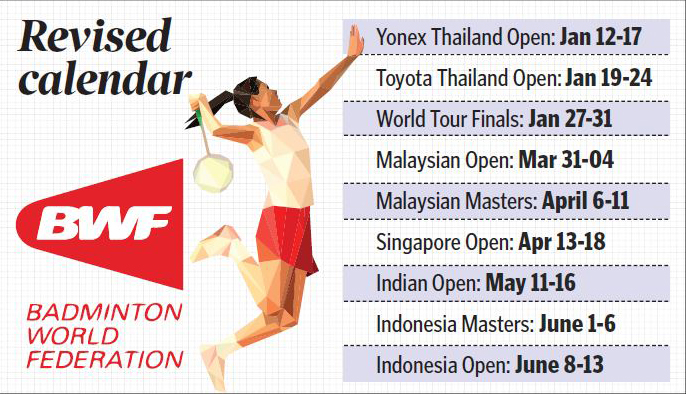 Badminton World Federation (BWF) announced the calendar for the first half of 2021, up to the Tokyo Olympics which includes 17 tournaments that will be part of the Olympic qualification.

The new-look BWF tournament calendar 2021 sees a number of tournaments postponed from Q1 and Q2, and a handful of Grade 2 tournaments cancelled.

The 2021 season kicks-off on January 12 with the Thailand Open and wraps up with the conclusion of the Russia Open on July 25 after which the quadrennial event will take the limelight.

The qualification will be determined from the Race to Tokyo Rankings published on May 18, 2021. BWF Council decided that this will also be used for seedings in the Tokyo Olympic Games.