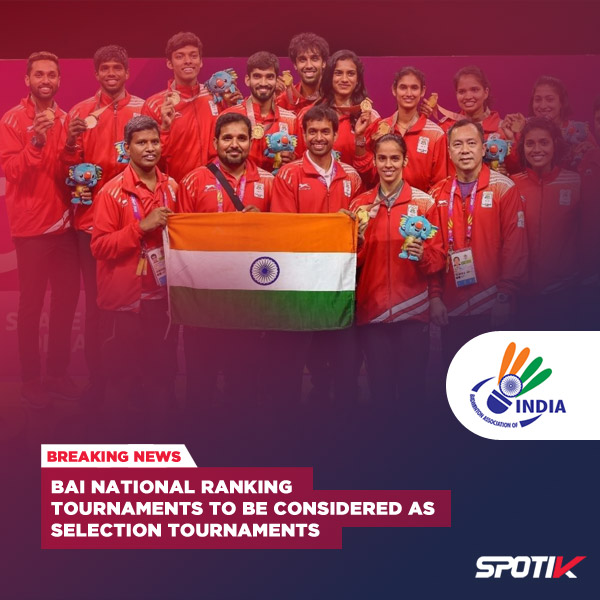 It may be noted that the above-mentioned seniors and Juniors Ranking Tournaments to be announced / conducted by BAI till 31st March, 2022 will be considered as Selection Tournaments for the purpose of selecting probables for upcoming Senior and Junior National Coaching Camp / for participation in International Tournaments, & for Selection of TOPS Development Group, etc.

Thereafter, BAI proposes to hold selection trials for the following list of players (dates/venue of selection trails to be announced separately):

3. In addition, any of the 58 players (Men and Women) who had been selected by BAI / SAI at the end of 2019 who may not qualify for the trials vide the above 2 categories will also be included for participation in the selection trials. (But everybody must be participated in tournaments)

Players thus selected on the basis of their performance in the above-mentioned selection trials will be considered for inclusion in the Senior and Junior National Coaching Camp / for participation in International Tournaments / Selection of Tops Development Group, etc.

Apart from the main list of probables that will be selected, BAI will also finalize and announce a Reserve list of players who can be inducted into the main group in the event of any of the main group players not being available to participate for any unforeseen reasons (e.g.: medical, personal, etc).

In addition to the above, the BAI Selection Committee will also decide on a group of players to be part of the national core coaching camp and also the TOPS group and TOPS Development groups of SAI, depending on the peak performance age of players (as per international norms of sports science) and their potential to perform at the international level The performance of all the selected players will be reviewed regularly by the BAI Selection Committee every six months, based on their performance in national/international ranking tournaments, as well as reports from their coaches regarding their intensity and progress during the ongoing training.

Considering the high importance of the above-mentioned tournaments for future selection purposes, you are requested to inform all concerned players of your State well in advance to participate in these events.