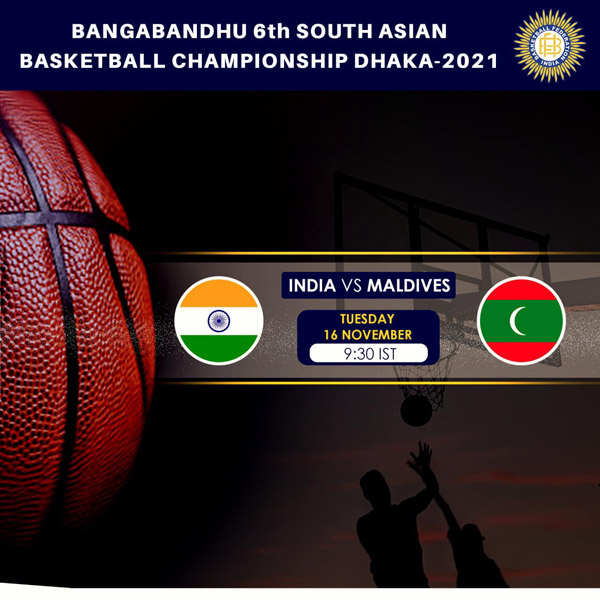 On Sunday, Nov. 7, the Basketball Federation of India announced the senior men’s basketball team for the upcoming SABA Men Championship 2021.

The competition, organized by the South Asia Basketball Association which is a sub-zone of the FIBA Asia, is to be held between Nov. 15-20 in Dhaka, Bangladesh.

The roster, that met up with the Governer of Karnataka Thawar Chand Gehlot yesterday before departing, is an experienced group including the Big 3 of Indian basketball in Vishesh Bhriguvanshi, former NBA G Leaguer Amjyot Singh and Amritpal Singh.

Here’s a look at the complete roster with key data:

The duo were part of the NBA Academy India’s first class of 21 student-athletes when it opened in May of 2017.

India didn’t participate in the most recent SABA Championship, which was also held in Dhaka in 2018, as it was one of the 16 teams that had participated in the FIBA Basketball World Cup 2019 Asian Qualifiers. Instead, the 2018 edition was used to determine the final two nations from South Asia that would participate in the 24-nation 2021 FIBA Asia Cup Qualifiers.