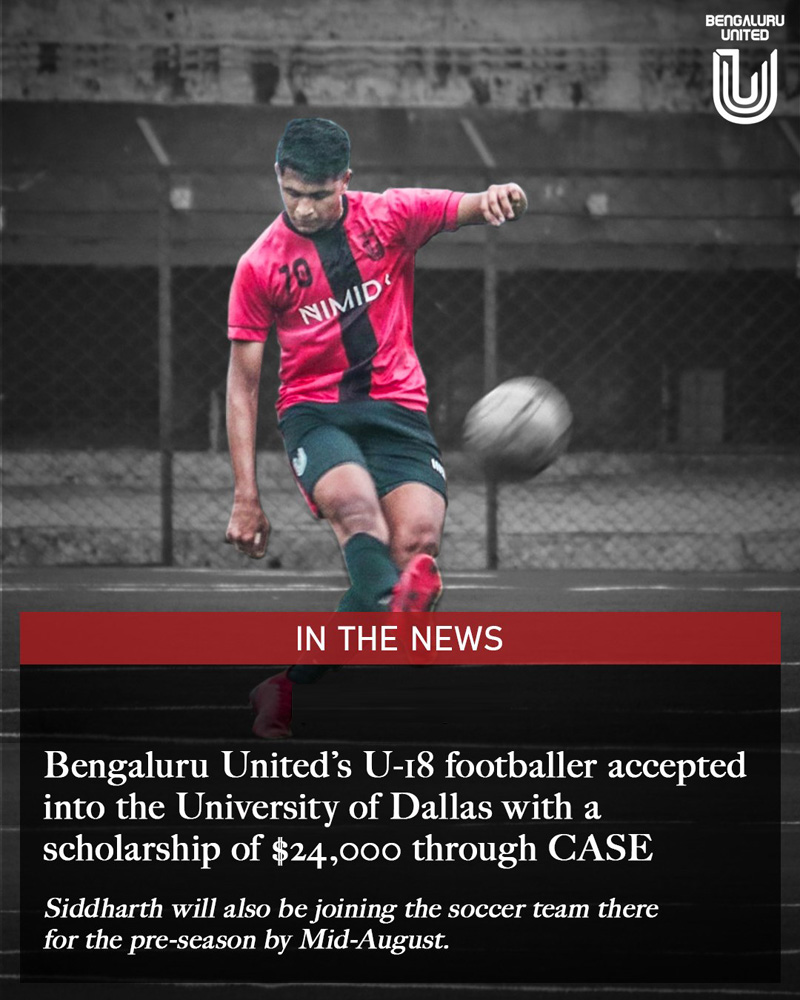 Crayons Academy for Skills Excellence (CASE) provides an opportunity for promising young talents of India to showcase their skills at a professional level alongside pursuing their higher studies. It helps them create a striking balance between the two in today’s ever-challenging and evolving professional environment. It also guides students from a young age, helping them develop a healthy portfolio of athletic and academic schedules.

CASE, in the past has helped students in getting admission (and scholarships) in universities across the globe including USA, UK, Canada, Australia, etc. They’ve identified and helped students seeking to play varsity sports such as Soccer, Badminton, Track & Field etc; in colleges.
One of the recent prides of the academy is Mr. Siddharth Rajesh –  He has played in the SingaCup – Asia’s premier international youth football tournament, for his state team and all India Inter-SAI tournament, amongst others. He was trained under veteran Indian footballer Gouramangi Singh while playing for the U-18 team of Bengaluru United, a 2nd division I-League team.

CASE helped introduce Mr. Siddharth to the idea of pursuing soccer professionally in the United States. “They had a lot of experience in this specific topic. They knew all about the ways to approach these coaches and get a response from them. From start to finish they were with me through everything, including the essays;” said Mr. Siddharth to Biz Behind sports.

CASE, with the help of their network of coaches, assisted Mr. Siddharth in getting in touch with the soccer coach at UDallas.  “The coach there was constantly in touch with me, constantly sharing details with me about the university, keeping me up-to-date with what was going on. He wanted to know how my application process was going as well. He showed great interest in me;” he added.

Mr. Siddharth was granted a scholarship amount of $24,000 alongside pursuing his Majors in Business at UDallas! He’ll be joining the soccer team there for the pre-season by Mid-August. He wants to continue playing football professionally in the United States. If not this, then he would love to work in the sports industry – probably start a soccer shoe business of his own and thus the Majors in Business program. Congratulations to this young lad for taking a step closer to his dreams with the help of CASE!