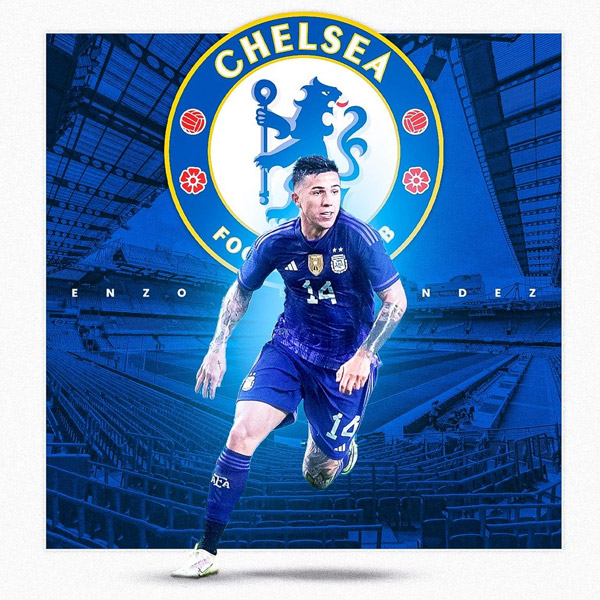 World Cup-winning midfielder Enzo Fernandez is reportedly on the verge of signing for Chelsea.

That’s according to a recent report from Spanish outlet Relevo, who claim the Blues are close to reaching an agreement with Benfica believed to be worth a staggering £115m (€130m).

Fernandez, 21, was a standout performer for Argentina during the winter World Cup in Qatar. Not only was the 21-year-old crowned the tournament’s best young player, but his performances, which saw him link up well with the likes of Lionel Messi and Angel Di Maria, have seen his stock rise immensely.

Widely regarded as one of Europe’s most talented young central midfielders, it appears to be just a matter of time before Benfica’s number 13 moves on to a bigger challenge.

Understood to be Chelsea’s top target this January, the potential signing of Fernandez will not come cheap due to the midfielder having a release clause believed to be worth £106m (€120m), and although the Blues are unlikely to trigger the 21-year-old’s clause outright, after already agreeing on personal terms, a suitable structured payment plan should be enough for Benfica to give the green light.

Interestingly, it seems the Portuguese side are willing to part ways with their World Cup-winning starlet, who has just under five years left on his deal and would welcome a sale as early as the first week of the new year.

Since joining Benfica from River Plate last summer, Fernandez, who also has 10 senior international caps to his name, has gone on to feature in 25 matches, in all competitions, directly contributing to eight goals along the way.