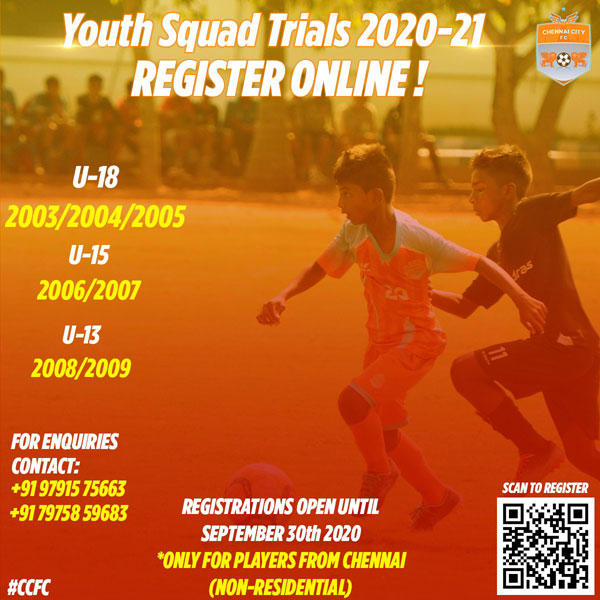 Chennai City Football Club is an Indian football club based in Coimbatore, Tamil Nadu.The club competes in the I-League.The club was established in 1946 as Netaji Sports Club by five friends. The club spend its grand majority of history by competing in the local state and city tournaments but entered the national stage in 2016. On 11 December 2016, the team were awarded a direct-entry spot into the I-League for the 2016–17 season, and became I-League champions of the 2018-19 season.