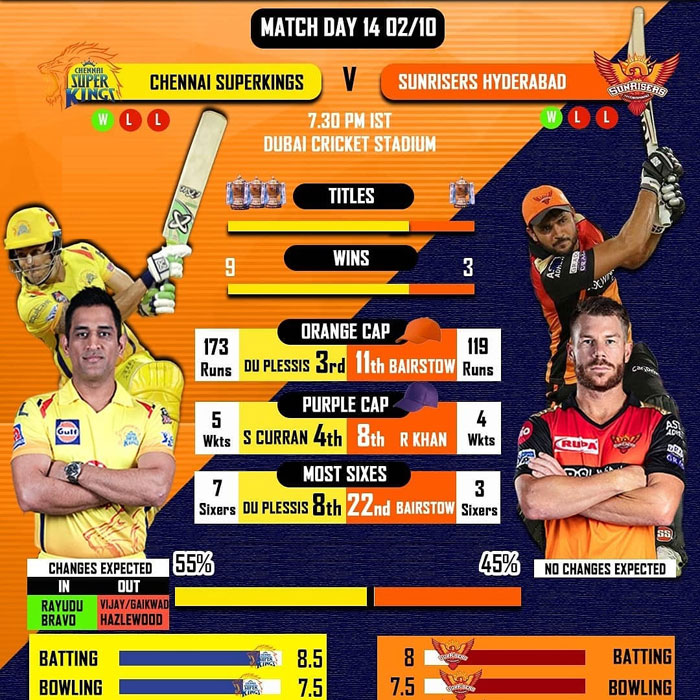 CSK vs SRH Head to Head Records: The Spotik presents for you the Head to Head statistics for the 14th match of IPL 2020.

The 14th match of the ongoing 13th season of the Indian Premier League will be played between Chennai Super Kings and Sunrisers Hyderabad in Dubai tomorrow.

Contrary to how both the teams have done in the previous season, Chennai and Hyderabad are at the eighth and seventh position on the points table respectively. While these are still early days in the tournament, both the teams would be looking to change the standings on the back of praiseworthy performances in the days to come.

Coming on the back of defeating table-toppers Delhi Capitals by 15 runs, Sunrisers would be confident ahead of the Super Kings challenge. Having said that, the runners-up of IPL 2020 are most likely to be strengthened by the return of the injured pair of Ambati Rayudu and Dwayne Bravo.

Most wickets for CSK: 15 (Dwayne Bravo)

Most wickets for SRH: 7 (Bhuvneshwar Kumar)

Most catches for CSK: 7 (MS Dhoni)

The last time Super Kings and Sunrisers had faced each other was at the MA Chidambaram Stadium in IPL 2019. After CSK captain Mahendra Singh Dhoni had won the toss and elected to field, individual half-centuries from Manish Pandey (83*) and David Warner (57) had powered SRH to 175/3 in 20 overs.

However, veteran Chennai opening batsman Shane Watson scored a match-winning 96 (53) with the help of nine fours and six sixes to lay a foundation for the others to seal the chase in the last over. 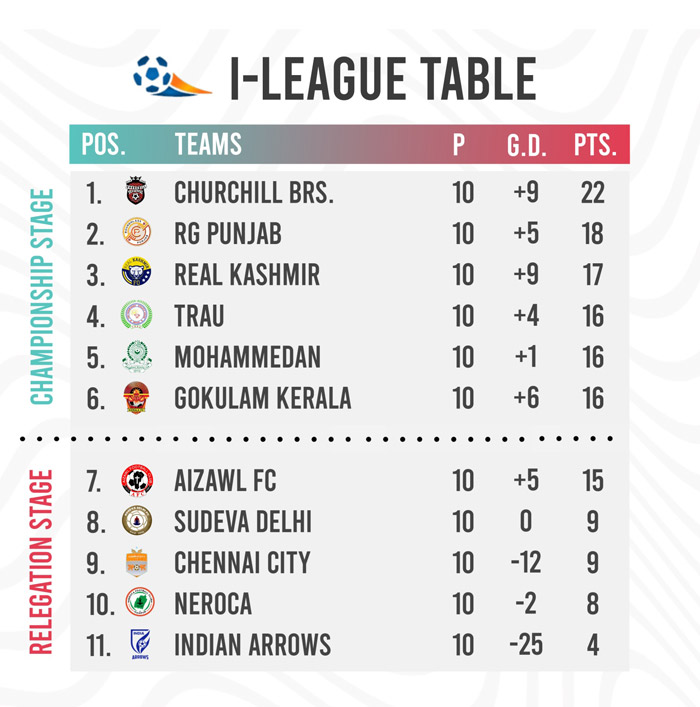 The final table of I-League after the first round ends. Now the teams will be split into two groups, one group will have top 6 teams who will play […] 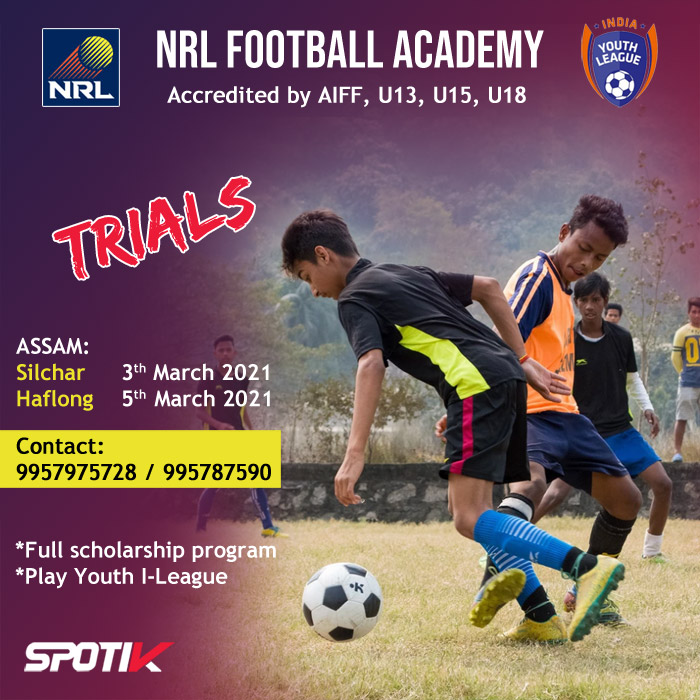 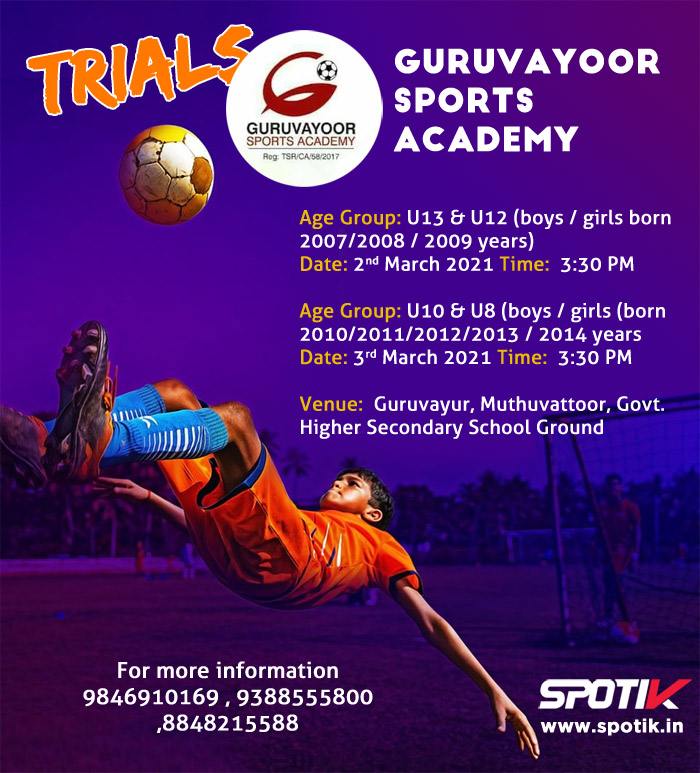 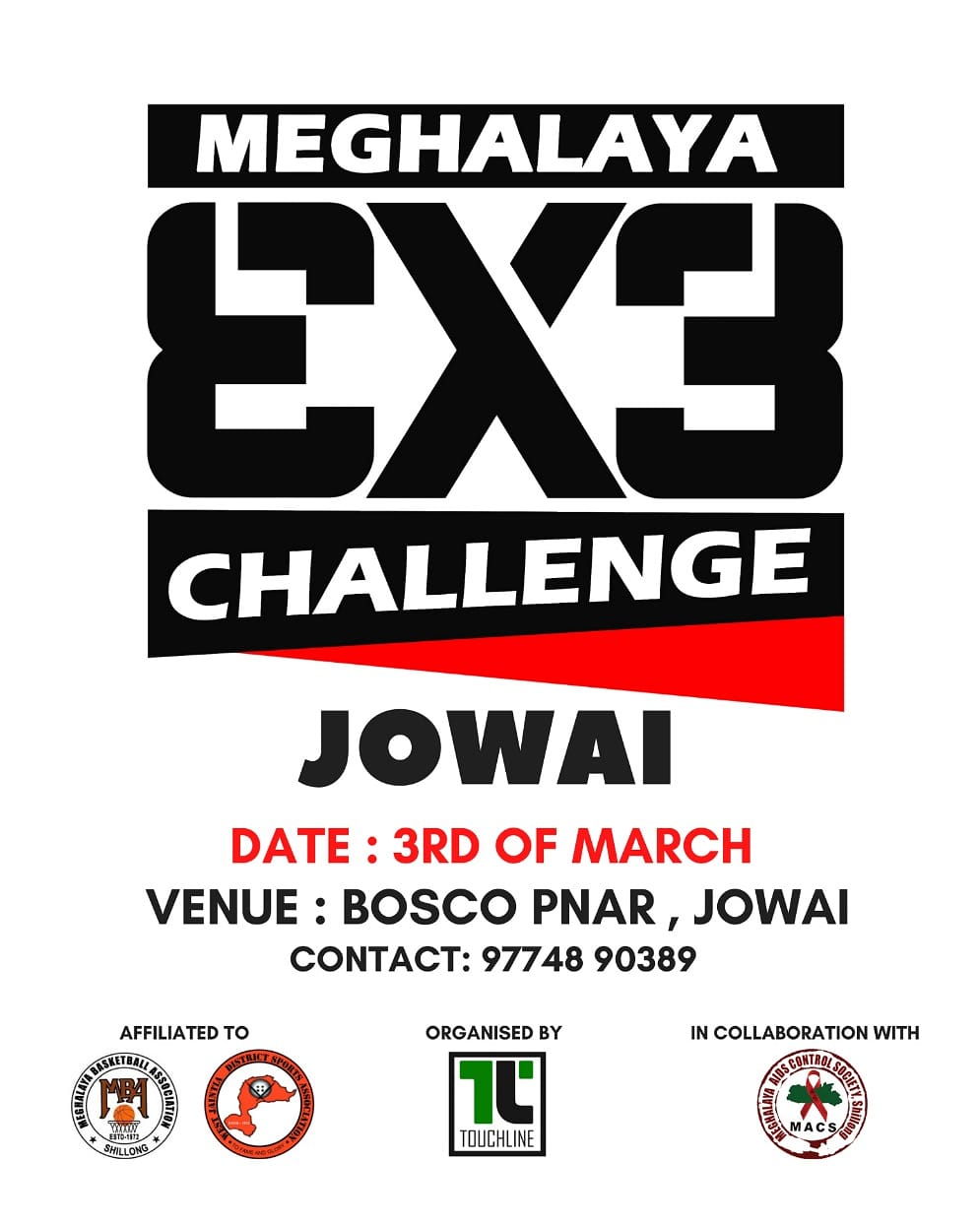 Touchline will be organising a 3×3 Basketball tournament across in Jowai for men and women on 3rd March. Interested teams can register by calling 9774890389. 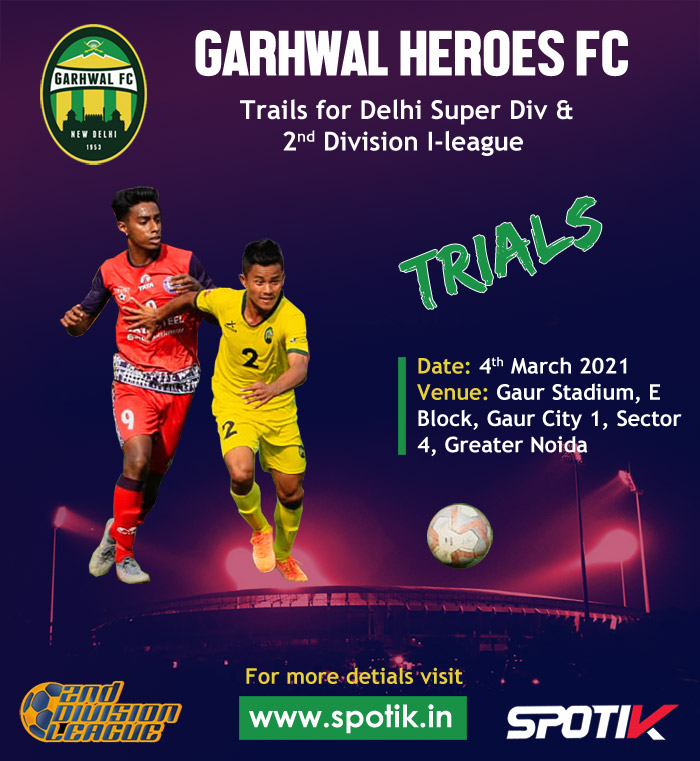