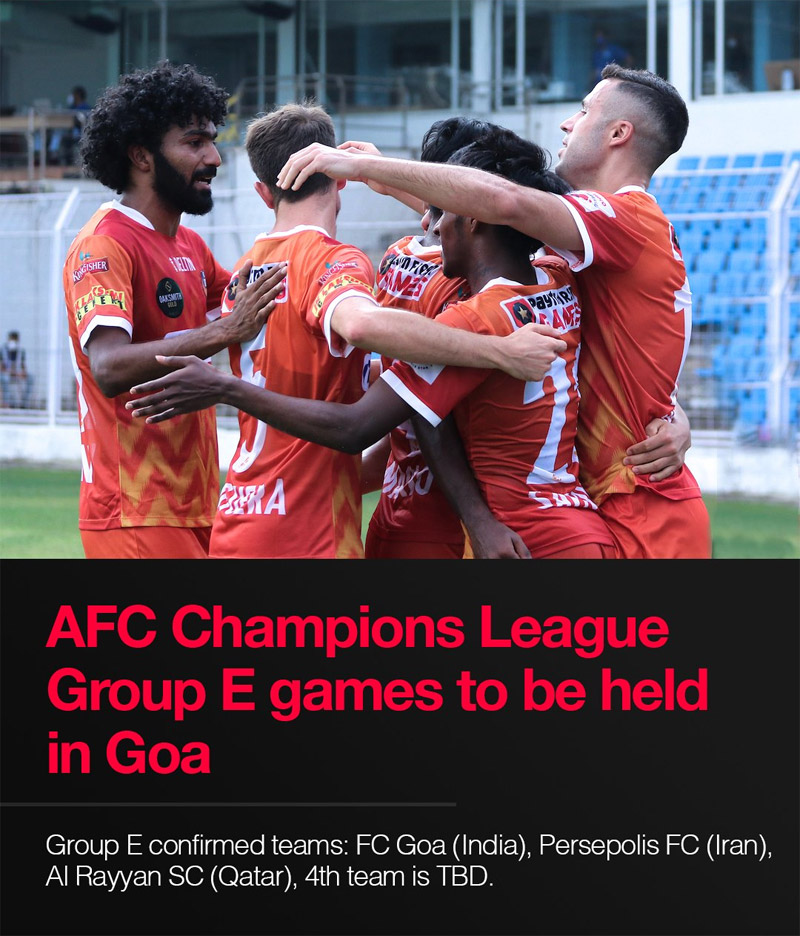 Indian Super League side FC Goa will host the Group E matches of the AFC Champions League (ACL) at the Fatorda Stadium in Margao. The Asian Football Confederation on Thursday confirmed the venues for the ACL 2021 group stage matches after an extensive feedback exercise with its participating member associations, commercial partners and all relevant stakeholders. And according to an ISL source, Goa has been selected as a centralized venue for Group E matches.

FC Goa has been clubbed with the last edition’s runners-up Persepolis FC of Iran, Qatari heavyweights Al Rayyan SC and one yet-to-qualify side in Group E.

This season’s AFC Champions League is the biggest ever in history as it was a 32-team affair last time around.

FC Goa had become the first Indian club to directly qualify for the group stage of the ACL by virtue of finishing on top of the points table at the end of the league phase.

The winner side of each of the 10 groups and three best runners-up from each region — west and east — advance to the round of 16 of the knockout stage.

According to statement issued by AFC, the western region matches which are scheduled between April 14-30, will have Saudi Arabia hosting Groups A and D games in Riyadh as well as Group C in Jeddah. The matches in Group B are set to be staged in the United Arab Emirates city of Sharjah.
In the east region, the AFC has decided to postpone the group stage matches originally planned for April 21-May 7 to June/July 2021, taking into consideration the existing travel restrictions and quarantine challenges posed by the COVID-19 pandemic.

Thailand, meanwhile, will host matches in the east region Groups F, G and J, with the venues for Groups H and I as well as the exact dates for all Groups to be decided and communicated in due course, the AFC statement added.

The preliminary and play-off matches of the ACL 2021 (East) are also postponed and will be played in centralised venues of their respective group stage matches.

Groups A to E make up west region while Groups F to J comprise east region.

The league kicks off with the preliminary stage on April 7.

The knockout matches in the Round of 16 are scheduled for September 13-15 and the quarter-finals on September 27-29.

Both rounds will be played as single matches.