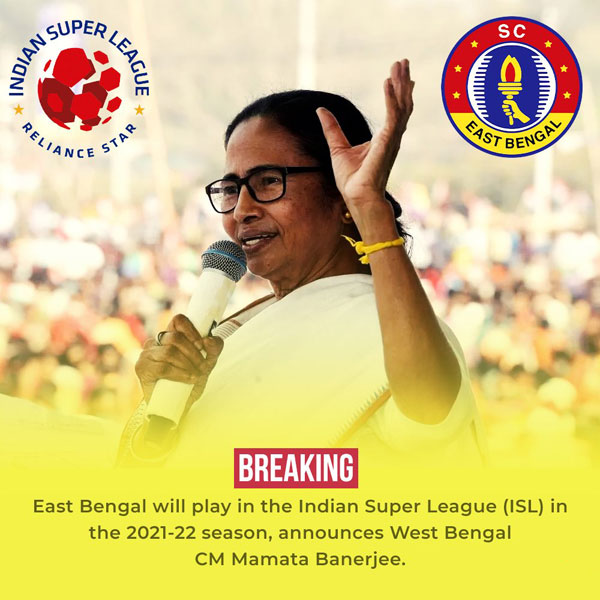 Rejoice, SC East Bengal fans – for your club is back in the Indian Super League!

East Bengal to play Indian Super League with Shree Cement as investors. The announcement was made after the two parties came face-to-face at the West Bengal secretariat building in front of the honourable Chief Minister of West Bengal, Mamata Banerjee.

West Bengal chief minister Mamata Banerjee on Wednesday brokered peace between the warring East Bengal and their investors Shree Cement Limited and announced that the red-and-gold outfit would play in the upcoming Indian Super League, ending months of uncertainty.“

There was an air of uncertainty surrounding their future and even I became a bit hostile, but now the deadlock has been broken. Shree Cement will remain as investors and East Bengal will play ISL. Congratulations to all EB fans,” said Banerjee in a press conference on Monday.