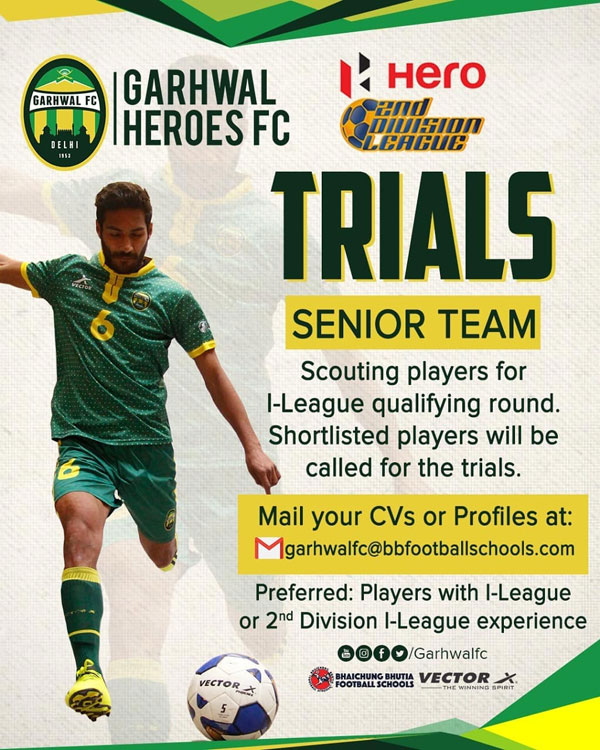 GARHWAL HEROES FC is Scouting players for the upcoming 2nd Division I-League season. Shortlisted players will be contacted for the trials.
Players having experience of I-League or 2nd division I-League will be given preference over others.
Interested players can mail their Cvs or Profiles at:📩

Garhwal F.C. (formerly Garhwal Heroes F.C.) is an Indianfootball club from New Delhi. The team lifted the first DSA league title in 1986 which became one of the most successful season in their history. In 2010, Garhwal FC became the first Delhi club to enter into the quarter final of Durand Cup, the most prestigious football club tournament in India. From year 2019 Garhwal FC participating in 2nd Division Ileague.