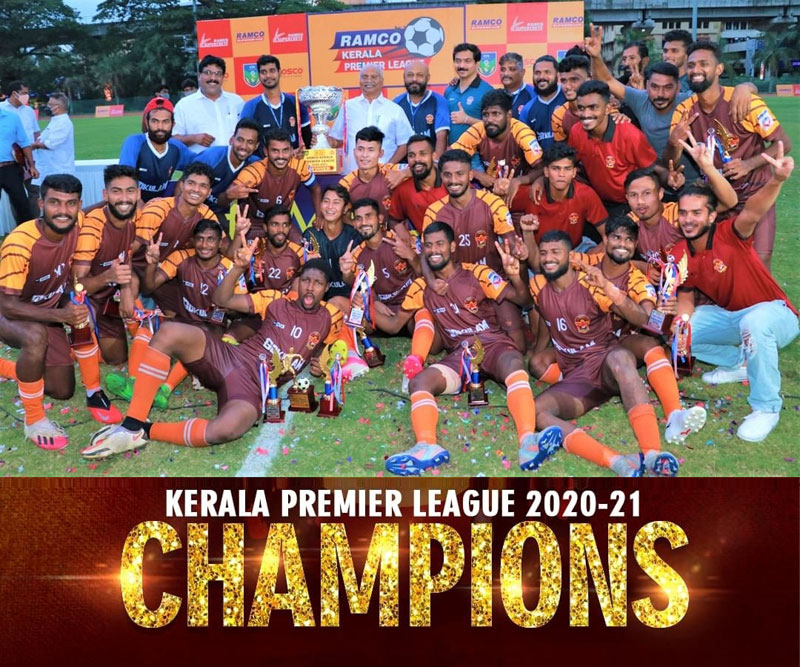 Gokulam Kerala FC staged another heroic comeback to be crowned Kerala champions as they defeated Kerala State Electricity Board 2-1 in a thrilling match that was extended to the extra-time in the Kerala Premier League on Wednesday.

The Malabarians were down 0-1 till the 80th minute but Nimshad Roshan’s wonder strike with just ten minutes into the final whistle turned the tables for the reserves of the Kozhikode-based I-League team.

Nimshad, who was subbed in after KSEB’s 54th-minute goal pulled off a stellar performance as he equalled the scoreline with a shot from 25 yards and the match went on to extra-time.

Ganesan scored another beautiful goal into the second minute of the extra-time to seal the victory for the Malabarians, coached by former Indian international NM Najeeb.

This is the second time Gokulam Kerala FC won the state league. For the past four years, the club has also reached the finals of the premier football tournament in the state.

With the win, the club has the rare distinction of being the reigning champions of the I-League, the Indian Women’s League, The Durand Cup, and the Kerala Premier League.

“I am so happy about the win. We started slowly but after the equalizer, we were able to dominate the game and grab the victory. We have been training at Kozhikode for the past five months, and all our hard work paid off,” said Gokulam Kerala FC reserves head coach NM Najeeb after the victory.

“The win exemplifies the mentality of our club. Both our I-League and reserve team have shown a never-say-die attitude. We are a club driven by the passion to win trophies. We are happy to add another silverware to our trophy cabinet,” said VC Praveen, the president of Gokulam Kerala FC.