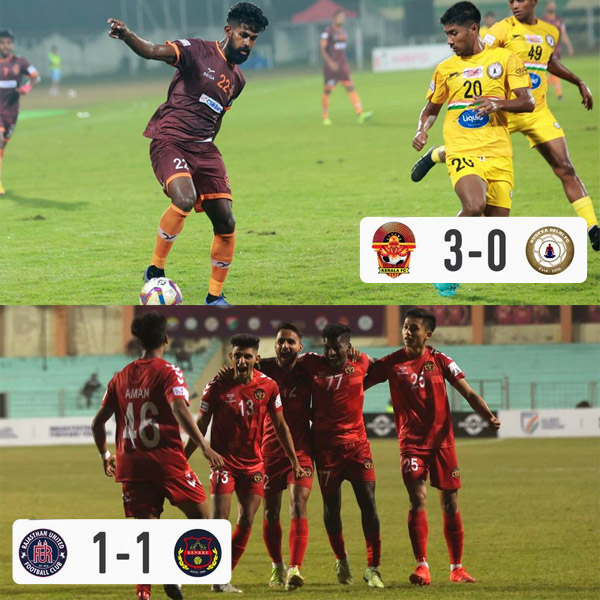 Gokulam Kerala FC registered a 3-0 win against Sudeva Delhi FC in their Hero I-League 2022-23 sixth-round clash at the Payyanad Stadium in Manjeri on Wednesday (December 7, 2022).

Dodi Ndo’s second-half strike, followed by a Shijin T brace gave the defending champions their first win in four matches, taking them to third place on the standings. However, for the visitors, the result means a fifth straight loss as they remain rooted to the bottom of the points table.

Hosts Rajasthan United were held to  a 1-1 draw by Mumbai Kenkre in the sixth-round tie of the Hero I-League 2022-23 at the Dr. Ambedkar Stadium in New Delhi on Wednesday (November 7, 2022).

In a game which livened up only in the second half, it was Mumbai Kenkre’s Aman Gaikwad who put his team in the lead before it was cancelled out by Rajasthan United’s Kyrgyz midfielder Bektur Amangeldiev.

The match began at a slow pace with both teams trying hard to find the rhythm. Rajasthan United controlled the proceedings as they tried to build the attack from the back, while Kenkre relied on a long ball strategy. The hosts received a few set-pieces in the opening minutes. However, they couldn’t create any chances.