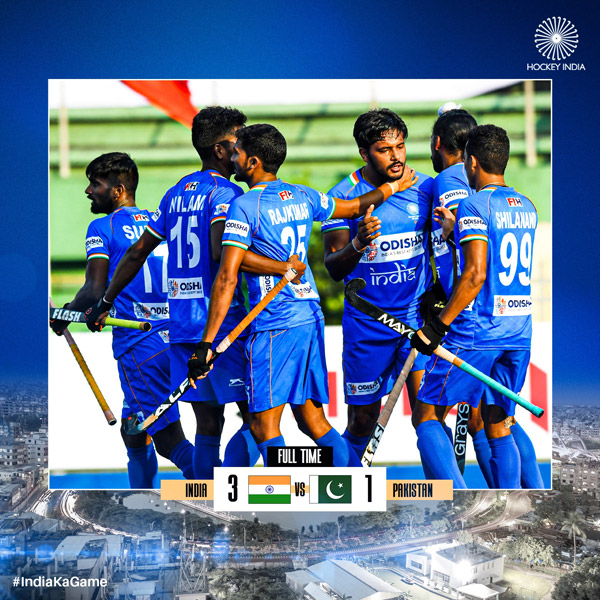 Harmanpreet (8’, 53’) converted two penalty corners, while comeback man Akashdeep Singh, who missed a berth in the Tokyo Olympics squad, found the net from a field effort in the 42nd minute for his second of the tournament.

Pakistan’s lone goal was scored by Junaid Manzoor in the 45th minute.

It was India’s second win in the tournament after their 9-0 drubbing of hosts Bangladesh, while Pakistan are still winless, having drawn goal-less against Japan in their opening match.

India had earlier drawn 2-2 against Korea in their tournament opener.

India are currently leading the points table with seven points from three games and will take on Japan in their last round-robin match of the five-team tournament on Sunday.

Pakistan, meanwhile, have just one point from two games.

India and Pakistan were the joint winners in the last edition of the tournament in Muscat after the final was washed out.