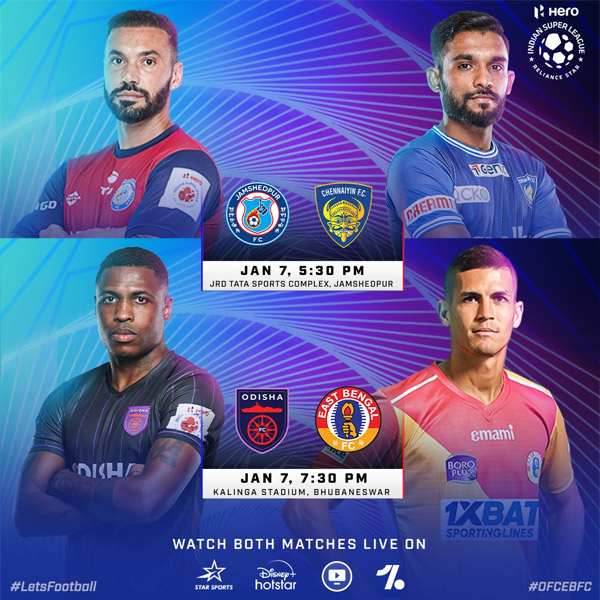 Jamshedpur FC will host Chennaiyin FC at the JRD Tata Sports Complex in Jamshedpur on Saturday, in Matchweek 14 of the Hero Indian Super League. Jamshedpur FC currently sit in 10th place with five points on board, whereas Chennaiyin FC sit in 7th place with 14 points on the board and a chance to challenge both FC Goa and Odisha FC for their playoff spots after both teams have dropped points in recent weeks. Chennaiyin have a game in hand against both these teams and two wins in their next two games could propel them straight into the playoffs zone on the standings.

However, both sides in this fixture are coming in on the back of losses. Jamshedpur FC lost 3-1 in Kochi to an inspired Kerala Blasters side, and Chennaiyin FC toiled hard before succumbing to a 2-1 loss to in-form Mumbai City FC.

Despite sticking to the back-three formation that earned them a point against FC Goa two weeks ago, Jamshedpur FC could not hold Kerala Blasters’ high-press approach last week. It remains to be seen if their head coach Aidy Boothroyd will stick with this formation in the upcoming game or tinker further.

Odisha FC will host East Bengal FC at the Kalinga Stadium in Bhubaneswar on Saturday, in Matchweek 14 of the Hero Indian Super League (ISL). Odisha FC sit in sixth place on the table, seven points ahead of East Bengal FC in eighth, but have been presented yet another chance to solidify their playoffs charge after FC Goa went down to Hyderabad FC on Thursday.

Odisha FC impressed in patches against Mumbai City FC last week but ultimately lost 4-2, in what turned out to be their third loss in four games. In that period, Odisha FC have picked up only a point, but FC Goa’s own up-and-down form means that the two teams are still level on 19 points at the lower end of the top six.

Odisha FC have been tested on both ends of the pitch, with their defence conceding eight goals in the last four games, while the goals against Mumbai City FC were their first ones in that period. The big positives have been the performances of Diego Mauricio and Nandhakumar Sekar. The former has scored five goals and registered three assists this season, and produced one of the moments of the season with his second goal last week, while the latter has contributed to four goals. 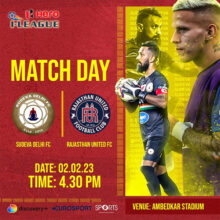