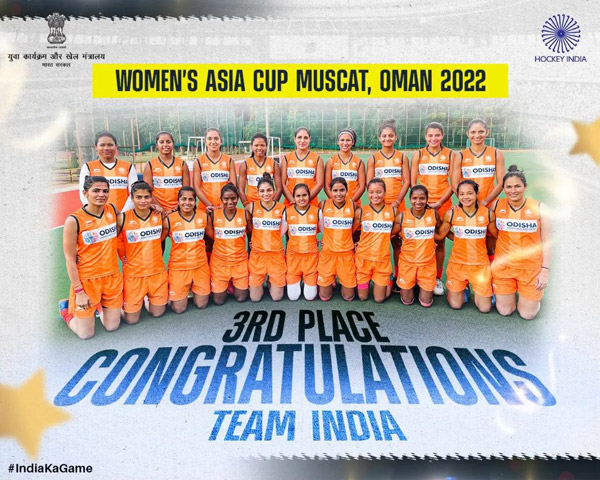 India beat China 2-0 to win the bronze medal in the Women’s Hockey Asia Cup 2022 at the Sultan Qaboos Sports Complex in Muscat, Oman on Friday.

In a rematch of the 2017 final, goals from Sharmila Devi and Gurjit Kaur ensured the Indian women’s hockey team’s third bronze medal at the Women’s Hockey Asia Cup and seventh podium finish overall. This was also India’s fourth-consecutive podium finish.

In a cagey first quarter, there were chances for both sides but neither could score a goal.

Right before the break, India earned two penalty corners and from the second one, Gurjit Kaur’s shot was partially blocked but Sharmila Devi was quickest to react and diverted it into the net to give India the lead.

In the second quarter, India focused most of their attacks down the right and it paid off soon. Sharmila Devi earned a penalty corner and Gurjit Kaur made no mistake, netting a powerful drag-flick to make it 2-0 to India.

Captain Savita Punia had to make a save soon after but India walked into half-time with a two-goal lead.

It was a more evenly-competed third quarter as both teams launched attacks but India remained ahead.

In the last quarter of the match, India began strong yet again and maintained pressure, not allowing China many chances. Despite a late flurry of penalty corners for China, the Indian defence held strong and sealed the bronze medal.

Earlier, India had finished second in Pool A to qualify for the semi-finals but lost out to South Korea in the semis. 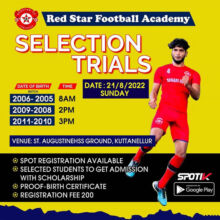