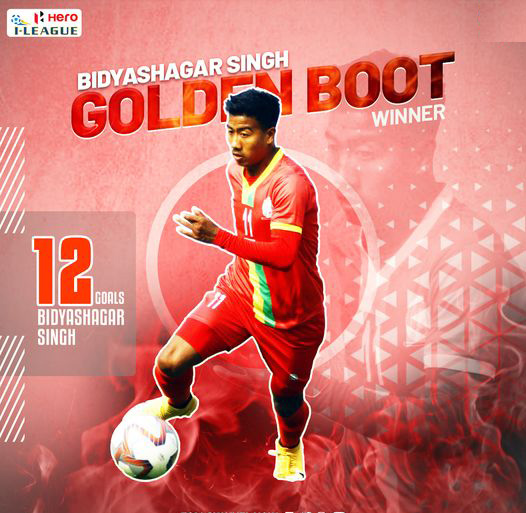 The attacker scored 12 goals for TRAU FC in the I-League campaign and is the first Indian to win he prize outright.

Life always gives you a second chance, a shot at redemption no matter what. That has been the case for young Bidyashagar Singh, the Manipuri forward who was associated with many firsts in this season’s I-League. From being neglected by East Bengal’s former coach Alejandro Menendez to emerging as the outright top goalscorer in the I-League, life has come a full circle for the youngster. He started his journey from a farmer’s household in Samaram Mayai Leikai, a village in Manipur.

The 23-year-old came from a very humble background and did not think of becoming a professional footballer during his childhood. But, his father backed him, as he wanted to live his dream through his son.

“My father is a farmer and my mother is a housewife. During my initial years, it was very difficult financially to buy football boots. Sometimes, I even used to go to the paddy field to support my family,” the youngster revealed in a recent interview with AIFF.

“My father wanted to be a footballer, but my grandfather was against it as at that time. There were very few players around. He always wanted to play and when I said that I was keen on football, he supported me. It has been his dream to see me play.”

Bidyashagar Singh started learning the nitty-gritty of the game from famous women’s footballer Prameshwori Devi and gradually took his first steps towards local football leagues in Manipur. Then also it was TRAU backing the 16-year old Bidyashagar and spotting his talent.

His talent saw him move out of Manipur, as he joined the fabled East Bengal academy to continue honing his skills. At the Red and Gold camp as well, there were no questions about the youngster’s talent, but people questioned his consistency. However, the youngster did put all those questions to bed when he scored six goals in the 2016-17 U-18 I-league, to propel East Bengal to the final.

His exploits in the junior I-League earned him a call-up to the Bengal Santosh Trophy team and there again he starting proving his mettle. He combined with the likes of Jiten Murmu and Tirthankar Sarkar in attack, being a nightmare for opposition defenders, mainly because of his blistering speed and knack for scoring long-range goals. He took another step in the right direction and inspired Bengal to reach the Santosh Trophy final in 2018, which they eventually lost on penalties to Kerala.

“I gained a lot of experience during my time with East Bengal. They are one of the biggest clubs in India and I can never forget the goal I scored against Shillong Lajong. It was my debut goal in the I-League and it will always be close to my heart,” he said regarding his four-year stint at East Bengal.

While the youngster searched for his breakthrough season in the I-League at the Red and Gold, he was mostly an unused substitute for then East Bengal head coach Alejandro Menendez Garcia. East Bengal did not have a great season and Bidyashagar decided to move on. He came back to Manipur and returned to TRAU where it all started.

Here he formed a deadly attacking partnership with the likes of Komron Tursunov and Joseph Olaleye. However, TRAU did not have a great start to the season, as they could only manage three draws in the first three fixtures. The Red Pythons bagged their first win against Chennai City, where Bidyashagar opened his account with a fine strike and never looked back.

While a lot of people were surprised with TRAU qualifying for the playoffs phase of this season’s I-League, hardly anyone thought that they will have a shot at the title till the final day of the league. However, the 23-year old ensured that people take notice. He scored a hat-trick against Mohammedan SC, as TRAU defeated the Black Panthers 4-0. The youngster followed it up with another hat-trick against Real Kashmir in the next game to help his team win 3-1. He became the first Indian to score consecutive hat-tricks and there was absolutely no doubt about his talent.

Bidyashagar did score against Gokulam Kerala on the final day of the league, but it was not enough for TRAU to win the title. However, he ended up as the top goalscorer with 12 goals, beating foreign imports like Luka Majcen and Dennis Antwi. He also bagged the I-League Best Player award. 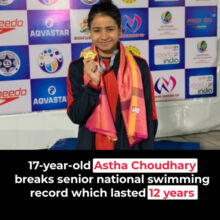