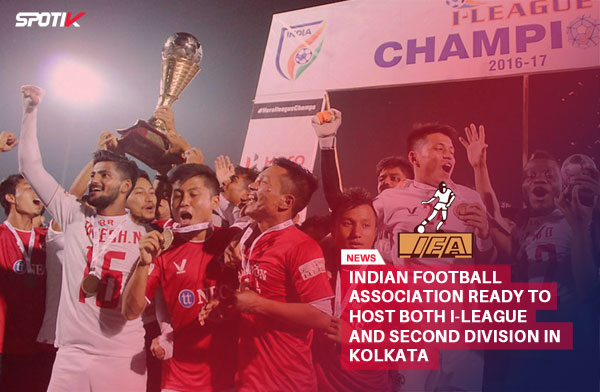 IFA secretary Joydeep Mukherjee said they would like to host all I-League and second division matches in Kolkata, subject to approval from the West Bengal government.

The All India Football Federation (AIFF) has already indicated that Kolkata would host all the I-League matches keeping in mind the Covid-19 pandemic.

“We will like to host all the matches but it’s subject to the (West Bengal) government’s approval. We will take the preparation as per their guidelines,” IFA secretary Mukherjee, who was given the inaugural Best Administrator Award by Mohun Bagan on Wednesday, said.

Mukherjee already had two rounds of meetings with the state government and a review would be done next month.

The AIFF has recently ranked IFA as number one in the Performance Assessment for the 2019-20 season.

Crediting his team for the achievement, Mukherjee said: “It’s a team work, one individual cannot achieve this big. Awards like these are a big motivation to drive you further. The target is to keep our number one ranking intact.”

Mukherjee, who took charge of the IFA as its general secretary last year, said he plans to develop youth and women’s football in the state.

“Women’s football has been in a neglected state and we have to develop that alongside youth football and conduct more and more tournaments at district level.”

The Calcutta Football League season has been planned from October to May subject to government’s approval, he said.