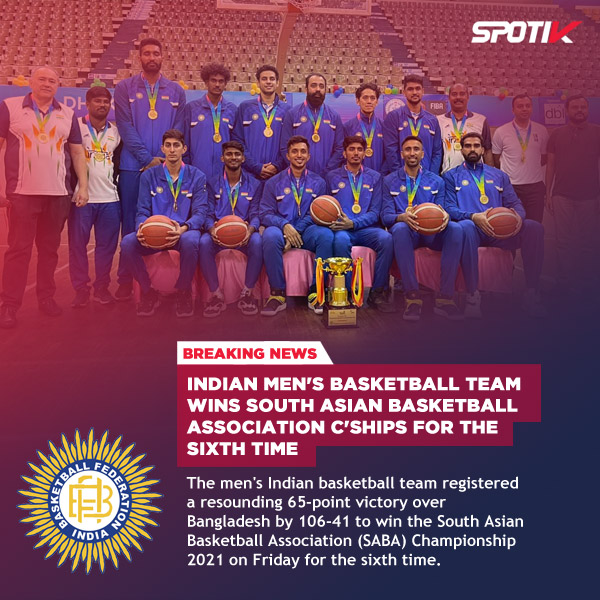 The men’s Indian basketball team registered a resounding 65-point victory over Bangladesh by 106-41 to win the South Asian Basketball Association (SABA) Championship 2021 on Friday for the sixth time.

With three wins in three matches, India were at the top of the four-nation tournament, which was conducted at the Shaheed Suhrawardy Indoor Stadium in Dhaka. Led by captain Vishesh Bhriguvanshi, India were the clear favourites to win the title as they faced little to no resistance in all the matches they competed in this year’s tournament.

This was the eighth edition of the SABA Championship, organised by the South Asia Basketball Association (SABA). India won the inuagural edition of the competition in 2002, followed by each of the five editions they have participated in — 2014, 2015, 2016, 2017, and now the 2021 edition.

The SABA Championship was earlier a qualifying event for the FIBA Asia Cup. However, the new rules introduced in 2017, mean that the tournament no longer has that status.