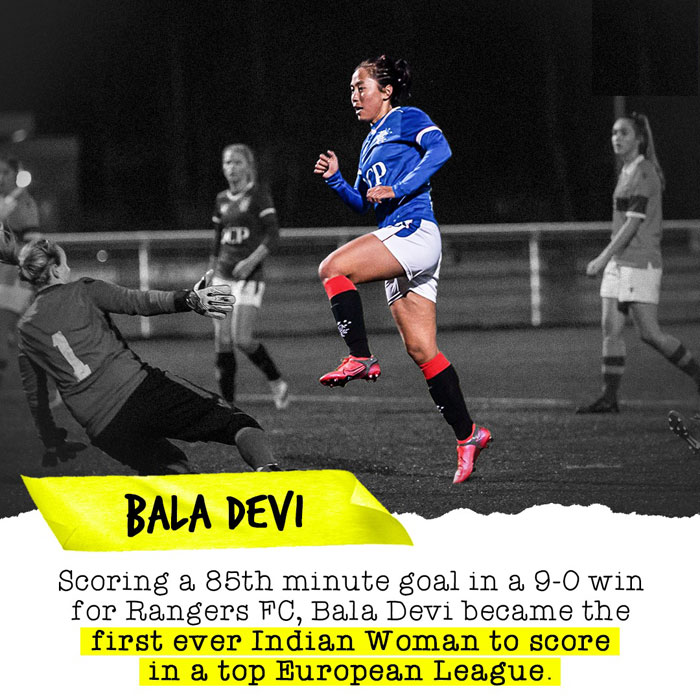 Indian footballer Bala Devi scored her first goal for the Rangers FC in a 9-0 decimation of Motherwell FC in the Scottish Women’s Premier League. This is the first goal by an Indian woman in European football.

Coming off the bench in the 65th minute, the 30-year-old Indian scored her side’s last goal of the match in the 85th minute on Sunday. She latched on to a through ball and slotted it home past opposition keeper to register her name on the scoresheet.

Earlier in the year, Bala Devi became the first Indian woman to sign a professional contract with a European club.

Kirsty Howat and Lizzie Arnot scored a hat-trick each while Megan Bell and Daina Bourma were also on target.

Bala also won Rangers their second penalty in the 68th minute as she was taken down in the box. Bourma scored Rangers’ eighth goal from that penalty.