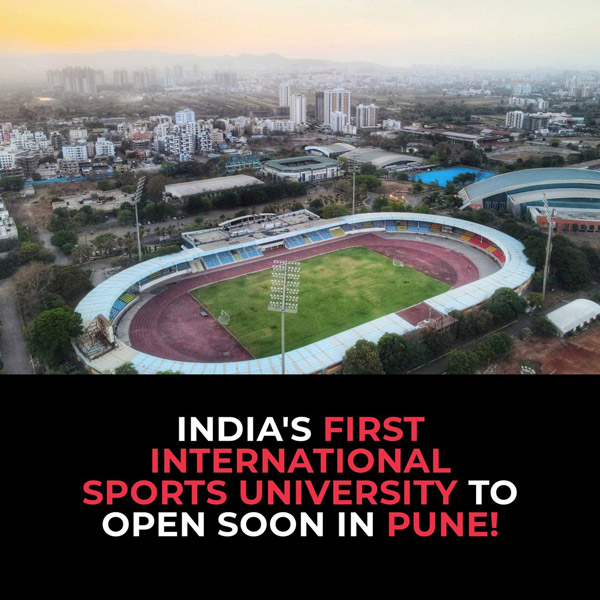 India will soon have its first International Sports University (ISU) at the sprawling Shiv Chhatrapati Sports Complex in Balewadi, near Pune. The ambitious project of Maharashtra Government got a big boost when they announced the governing council (GC) of ISU recently.

“The proposed ISU will start functioning next month,” said Maharashtra Sports and Youth Affairs Minister Sunil Kedar while speaking with Sportskeeda in Nagpur on Saturday.

ISU will be the first of its kind in India and will provide solutions to the needs of all sportspeople. The aim of the ISU is to prepare a talented young force that would in turn help transform Maharashtra and India into a sporting superpower.

Sunil Kedar said that the ISU has been envisaged as an establishment with facilities matching international standards. In the first phase, three courses will start from October, 2021. The state plans have already sanctioned 213 posts for the ISU and it declared the GC a few days ago.

“The rules and regulations of the ISU Act have been prepared and have been passed unanimously by members of both houses during the Maharashtra Government’s winter session. We have high expectations from the ISU and accordingly, we are aiming to create a place with facilities matching international standards. We want to create a place where students will acquire a high-level of expertise that in turn will make Maharashtra and India a force to reckon with in the future,” said Kedar.

Appointments with faculty and courses will begin next month: Kedar

According to Kedar, appointments of faculties and other administrative work will commence next month. He said ready infrastructure at Balewadi Sports Complex in Pune was the reason for selecting the venue.

“The infrastructure is ready in Pune. Had we planned to set up the ISU in some other city in Maharashtra, we would have spent a huge amount only on creating the infrastructure. It would not only have required more money but also time and several approvals from the government. We have infrastructure ready there. We only need to plan and start academics. Pune also has a rich history in sports. I hope the university will benefit everybody, not only in Maharashtra, but in the entire country,” said Kedar.

ISU will also provide job opportunities to sportspeople in the region. Kedar aims to develop a winning habit among sportspeople.