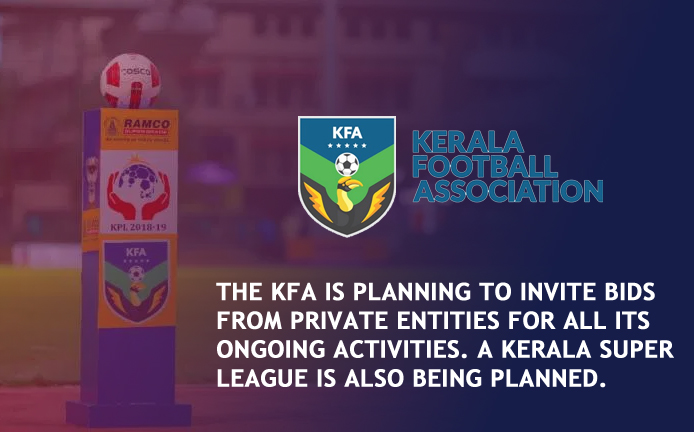 The Kerala Football Association (KFA) has invited bids in order to sell all of its flagship tournaments to a private entity for 12 years, according to a report by The Hindu. Moreover, a new Kerala Super League (KSL) is in the pipeline which will essentially relegate the existing Kerala Premier League (KPL) into the second division, or even an U21 league.

However, it stands to improve the overall ecosystem within the state by ensuring a pool of close to 250 players who will be involved with the game all year round. Speaking to the same publication, General Secretary of the KFA, Mr. Anil Kumar confirmed the development saying, “We are giving the commercial rights to a company. The company will be the sole branding rights holder for the next 12 years. It has to give a guaranteed amount for the ongoing activities of the KFA, including the Kerala Premier League, Santosh Trophy, district championship and so on.” About the concept of a Super League, he also added, “They (the company) have to create a Kerala Super League with a minimum of 6 to 8 franchises in the first season next year and later on expand to 14 franchises in 14 districts.”

The idea is to convert both of these leagues into feeder leagues for Indian Super League (ISL) sides with the passion for football within the state expected to sustain continuous interest in the franchise-based KSL. Mr. Kumar and the KFA are also banking on the pockets of fans that Kerala football has in the Gulf countries and the USA to ensure considerable revenue generation in the long term. The final day to place bids is April 15 and in May, an expert panel will be tasked with picking the most suitable partner company to initiate the entire project.