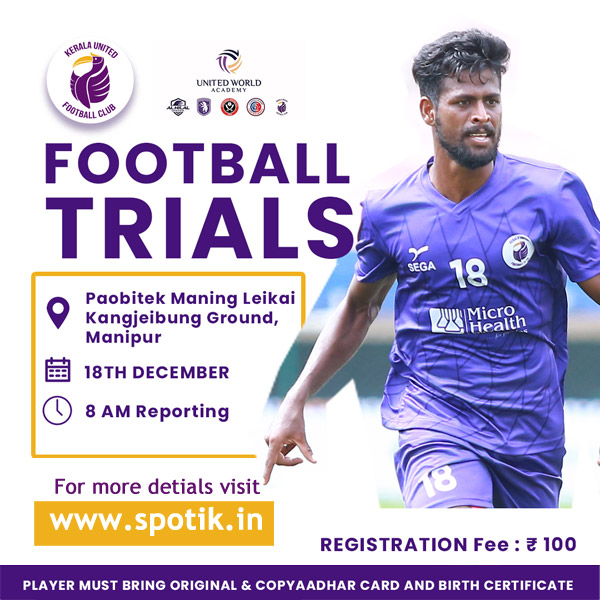 Kerala United Football Club is an Indian professional football club based in Malappuram, Kerala. Founded in 1976 as Calicut Quartz FC, the club was an amateur and academy side during its early years. In December 2011, they announced intention to turn professional and participated in the I-League 2nd Division, the second tier of Indian club football. In 2020 United World Group (owners of Sheffield United) took over the club and rebranded it as Kerala United.

The club spent a season 2012–13 in the second division and later played in the Kerala Premier League. In 2017–18 Kerala Premier League season, they finished as runners-up. After the takeover of Quartz FC in 2020 by United World Group, the club was rebranded as Kerala United FC.[8][9] The club initially began their training at Seethi Haji Stadium at Edavanna. Later moved to Malappuram District Sports Complex, which is widely known as Payyanad Stadium.