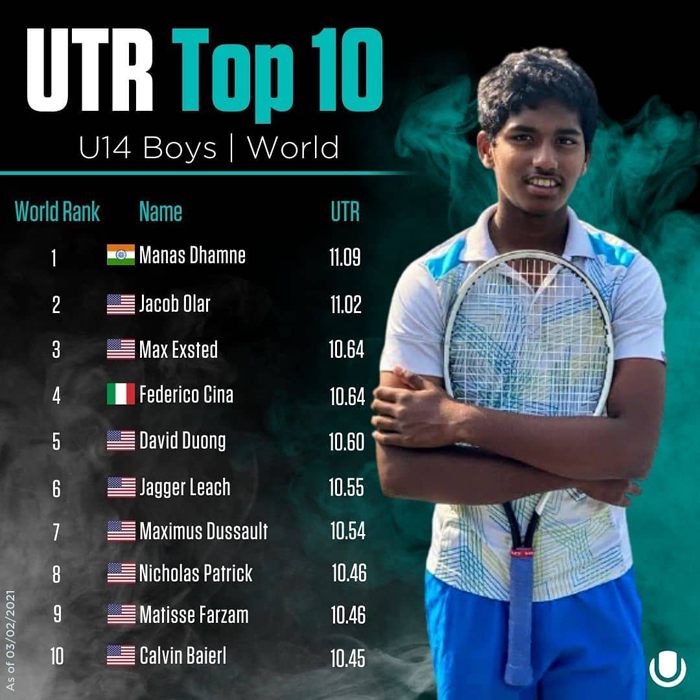 13 yr-old Manas, who had won the U12 Eddie Herr singles title – considered a Grand Slam at the U12 level, has moved up to the No. 1 spot in the UTR U14 rankings. Manas had a standout debut over the past 2 weeks on the ITF Junior Tour.

Achievements: Under 12 Indian National Champion in 2018. Winner in Asian under 14 singles and doubles at Delhi in June 2019. In July and August 2019 Won all his Singles matches in ITF Asian 12 and under south east Asia qualifying at Dhaka and Asian finals at Astana ,Kazakhstan without dropping a set which lead to the Gold Medal for India at both places! Won title of Eddie herr 2019. 3rd position at Orange Bowl 2019.

About UTR: It is an advanced rating system that looks at the opponent’s UTR, percent of total games won and up to last 30 matches in the past 12 months to compute a rating. It has become the gold standard for the US Collegiate Tennis recruitment. A player can view / activate own profile and understand more at MyUTR.com