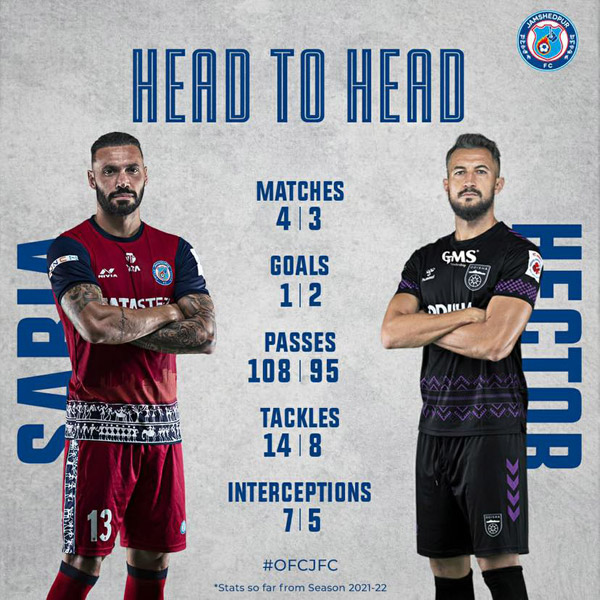 After finishing in the bottom half of the table last season the Odisha FC have really taken the present season of the ISL by a storm. Displaying agressive attacking football, they have already scored 11 goals in their first 4 games and they will look to continue their red-hot form when they face the Red Miners in their upcoming fixture.

Meanwhile, Jamshedpur FC suffered a loss against defending champions Mumbai City in their last game. This season, with the addition of quality foreigners and young Indian players they are considered as one of the favorites to clinch the play-off spot.

Owen Coyle’s team is one of the lucky sides to not having any injuries. Meanwhile, the Juggernauts may not be able to acquire the services of star Spanish defender, Hector Rodas who suffered an ankle injury against the Kerala Blasters.

3 Indian players to watch out for

Komal Thatal was one of the rising stars of FIFA u-17 World Cup 2017 which was hosted by India. After joining ATK, he was out of sight and was benched for almost 2 years, but since joining the Red miners he has played a lot of minutes and opened his goal-scoring account in the last game against star-studded Mumbai City FC. Expectations from the fans are going to be sky-high since the popular young star has once again exploded.

Vinit Rai who continued his stay with Odisha continues to impress us with his trickery and free flowing passing in midfield. As a captain, his duty is to keep the team united and along with that he has to be an example for others. Vinit Rai is going to play a major role in Odisha’s performance against Jamshedpur FC.

3 foreign players to watch out for

Greg Stewart made headlines when he signed for Jamshedpur FC after winning the Scottish Premiership with Rangers last season. There were a lot of expectations as he was coming from a club of such a big stature. He has indeed he lived up to the expectations and has been a driving force in Jamshedpur’s attack and will look to add more to his tally as they face Odisha FC in their next game.

After spending 2 seasons at ATKMB, Javi has joined the ranks of Odisha FC. Since joining Odisha FC Javi has been in the form of his life, his contribution to attack is immense as he scored 3 goals out of 4 games. His form is going to be crucial throughout the season as Odisha eye a playoff spot.

Peter Hartley is going to be a key figure for Jamshedpur FC. As a leader of the team he is going to be the motivator for the team. As a defender he has been in exceptional form this season. His presence while defending set-pieces is very important. Peter Hartley will give everything on the field for acquiring 3 points against Odisha FC.

Both the sides have met each other on eight occasions. Jamshedpur have managed to win 5 out of those 8 games, drawing two and losing one. As Jamshedpur has the upper hand in this fixture, Odisha would love to add more wins to their tally.

Odisha FC will look to maintain their consistency by winning this duel against Jamshedpur. Meanwhile Jamshedpur FC will be hungrier than ever to get back to the winning form after suffering a loss at the hands of the Islanders. IFTWC predicts the score to be in favour of Jamshedpur FC with the scoreline of 2-1.