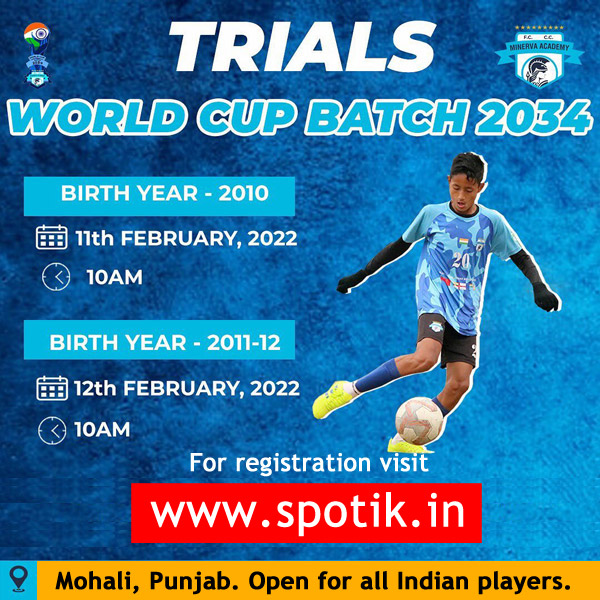 All India Open Trials. Wanna be a part of World Cup Batch 2034?

Minerva Academy FC|CC was founded in 2013 as an amateur six-a-side football club for local players of Chandigarh to come together and compete in regional amateur football tournaments. The club became so successful that in 2015 after winning a string of amateur tournaments, Minerva Academy FC|CC won the Chandigarh State League title and were nominated for the 2nd Division I-League.

In our first season in the 2nd Division League (2015-16), Minerva Academy FC|CC finished Runner’s Up and were promoted to the Hero I-League the national top division league of the country in 2016.

In only our second season in the I-league (2017-18) Minerva Academy FC|CC created history and won the coveted Hero I-League title. MPFC were crowned national champions and credited for bringing back the national football league trophy to Punjab after 21 long years.

Minerva Academy FC|CC is committed to developing football culture and giving the people of the Punjab an identity in the world of Indian Football by making football accessible to everyone and creating an environment conducive to the development of the sport.