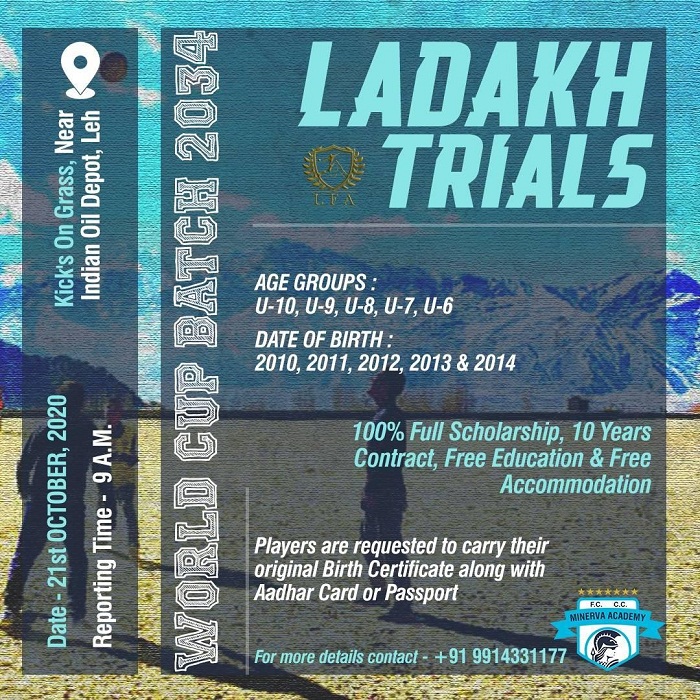 After grooming several players for our national team, I’ve set myself a target of 14 years to produce India’s World Cup team for 2034. For my World Cup Batch of 2034, I am scouting footballers from the age of 6 to 9. I believe everything looks impossible till you do it and the first step is to dream it,” he added further. “The next target is getting India to the World Cup in 2034. it’s a personal project aimed at scouting at very young ages of 6-7-8 and nurturing them to make them into professionals that will eventually go on to play for India. Nobody in the country has scouted at this age group because it’s a huge cost to develop them for 10+ years. We might also re-enter the I-League through the 2nd division, gradually making out way up to the senior league,” he claimed.

Apollo Minerva Academy FC|CC are the sole representative of the entire North Region & Punjab in the top tier of Indian Football i.e the Hero I-League. Minerva entered the national fray in 2013 as debutants in the 2nd Division League and finished Runners Up in the debut season after which Minerva were promoted to the top division.