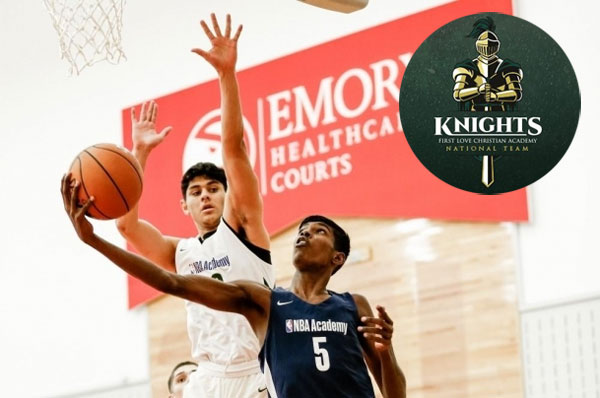 The 17-year old becomes the second male student-athlete from the NBA Academy India to get a high-school basketball scholarship in the U.S.

The NBA Academy India’s Pranav Prince has signed up with the First Love Christian Academy, a private high school in Washington, Pennsylvania. The 17-year old becomes the second male student-athlete from the NBA Academy India to get a high-school basketball scholarship in the U.S.

Prince first participated in the 2016-17 Reliance Foundation Jr. NBA program before joining the NBA Academy India in 2018 as a part of Academy’s second class of student-athletes identified through the ACG-NBA Jump program.

“I would like to thank First Love Christian Academy and Coach Khayree for offering me this opportunity to play for their high school team.  I am also grateful to my family and every member of the NBA Academy India and all my coaches who have supported me through the journey,” said Prince.

“I’m excited to announce that Pranav Prince will become the first student athlete from India to attend our program and will be playing on our National Team.  We work extremely hard to identify and develop international student-athletes at a high level, competitively, culturally and globally as we prepare them for the next level.  Pranav has a bright future ahead of him, he works extremely hard in the classroom and on the court, and is determined to be great,” said First Love Christian Academy CEO Nathan Roesing.

Prince, who is from Kerala, was a member of the India U16 team that went unbeaten in the SABA Basketball Championships 2019 and clinched a spot in the next edition of the FIBA U16 Asia Cup.