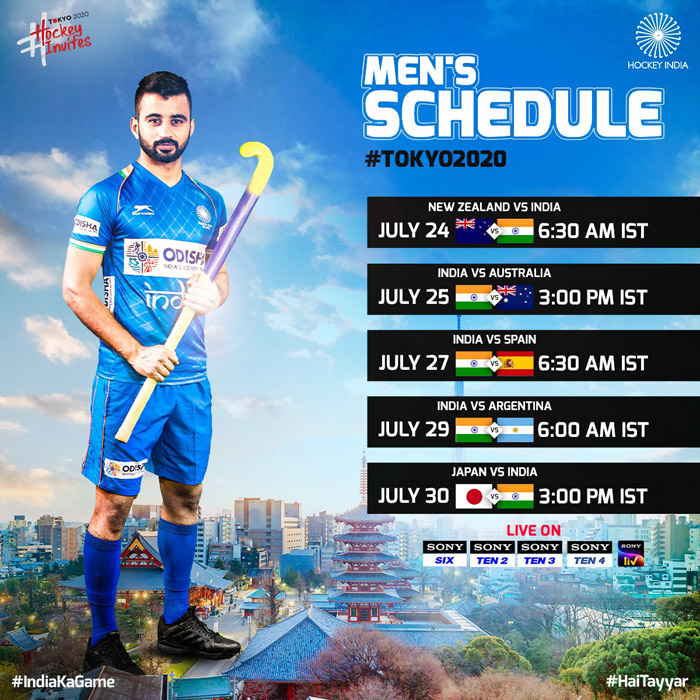 The Indian Men’s team will begin their campaign in Tokyo on 24th July when they take on New Zealand in their first Pool A match. Their second match will be against the formidable Australians on 25th July, followed by match against Spain on 27th and Olympic Champions Argentina on 29th July and hosts Japan on 30th July.

Before taking off, Reid also expressed, “As we leave from Bengaluru, we are filled with gratitude towards the staff at SAI Bengaluru, Sports Authority of India and Hockey India who ensured we got everything needed in the last 15 months while training in a bio-bubble. Hockey India and SAI have been a huge support in our preparations.

“Sharing Reid thoughts, Indian Women’s Hockey Chief Coach Sjoerd Marijne said, “It was quite emotional for us when we had our last training session yesterday (Friday) in SAI, Bengaluru. This group is really special. They are very strong mentally and I believe this will be one of our assets when we take on big teams in Tokyo. We are geared up for the challenge.”

The Indian Women’s Team playing their second consecutive Olympic Games will begin their campaign against the World No.1 Netherlands in their first Pool A match on 24th July. In their second match, the Rani-led side will take on Germany on 26th July followed by Great Britain on 28th July and Ireland on 30th July. Their last league match will be against South Africa on 31st July.

“I think one of the first big challenges for the team upon arrival in Tokyo will be to get acclimatized as Bengaluru weather was very pleasant these past few weeks. Although we mostly trained in the noon to work under the sun, Tokyo weather will be humid and challenging. No matter the hurdles we may face, the team is optimistic about having a good tournament,” Marijne concluded.