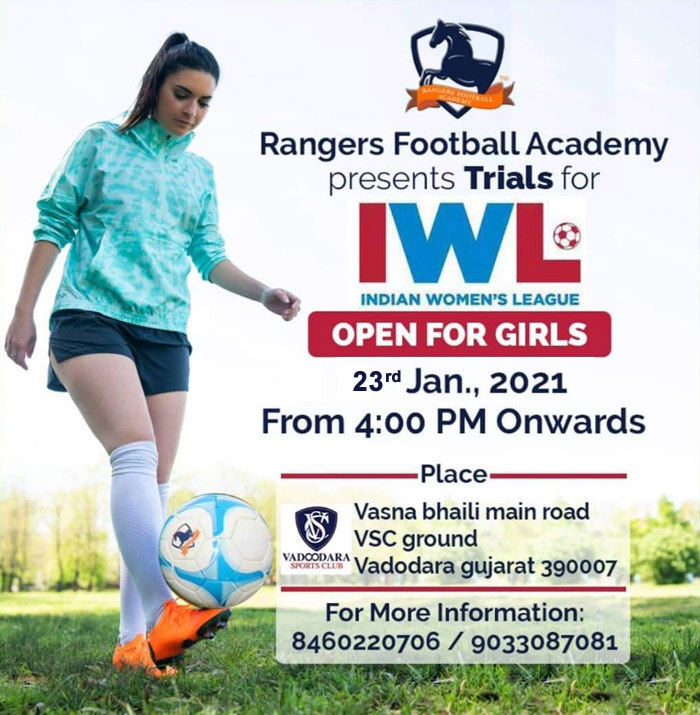 The Indian Women’s League is the top division women’s professional football league in India with the first season kicking off in Cuttack in October 2016. The league is run by the All India Football Federation.

Rangers Football Club at a glance

Rangers Football Club has a legacy of 30 years. Established in 1984 by Mukesh Patel who was a young football player and enthusiast then, the Club is now one of the most respected sports institutes in the state. Right from the beginning it has had teams with a diverse range of players; from across the varied states of India as well international athletes. Over the last three decades, the Club has collected many awards. We take great pride in the fact that we have been the Senior League Champions six times. Besides this, we have won the Saxena Memorial Trophy, Brother Fillipe Trophy, reached the finals of the Senior League Championships five times and also won seven A Side tournaments. As you can see, excellence in the game has always been our goal.