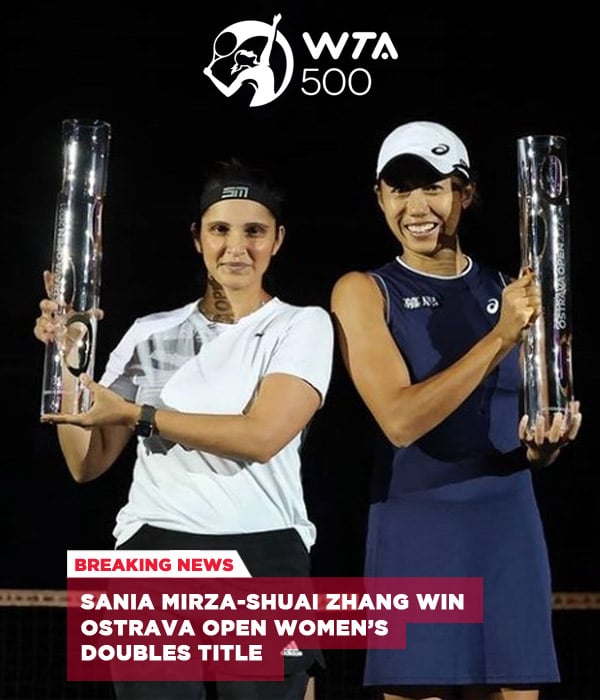 Sania Mirza in partnership with Shuai Zhang of China beat the third seeds Kaitlyn Christian of the US and Erlin Routliffe of New Zealand 6-3, 6-2 in the final to clinch the doubles title in the $565,530 WTA tennis tournament in Ostrava, Czech Republic, on Sunday.

It was the first title of the season, second after her return to the circuit on becoming a mother, and 43rd of her career for the 34-year-old Sania.

The title brought 470 WTA points and $25,230 for the Indo-Chinese pair, which had reached the quarterfinals the previous week in Luxembourg.

Zhang has won three of her last five tournaments, including her second Grand Slam title at the US Open with Samantha Stosur.

The former world No.1 Sania jumped 48 places to reach No.62 in the doubles rankings. Ankita Raina (101) and Rutuja Bhosale (220) follow her in the doubles list among Indians.