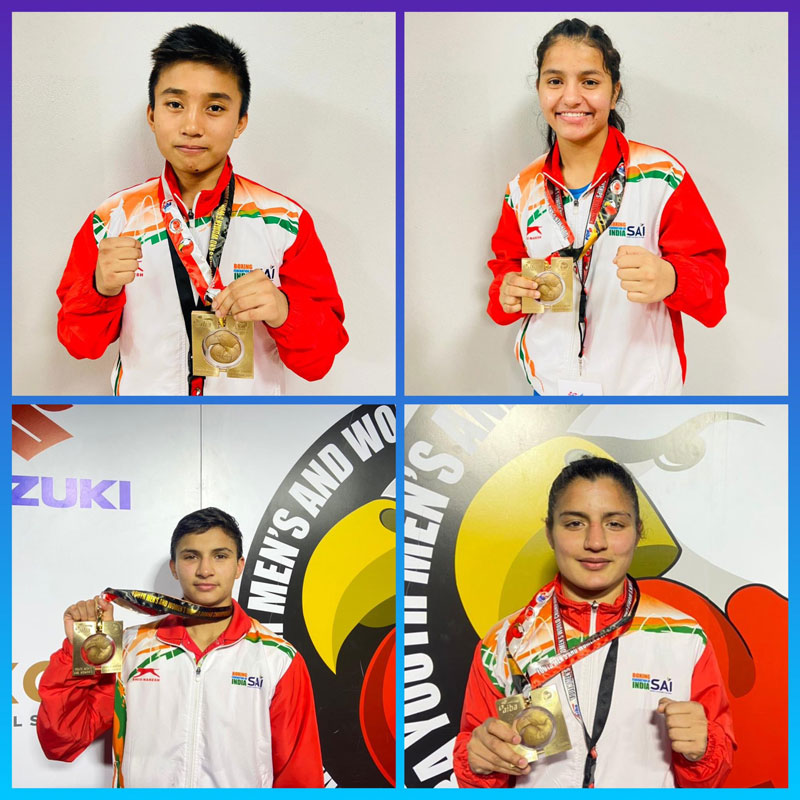 A total of eight Indians have made the finals, seven of them women. And all the women finalists in action registered victories and finished on the top of the podium

Indian women boxers put up sensational performances as they created history at the 2021 AIBA Youth Men’s and Women’s World Boxing Championships and concluded their campaign on highly successful note with seven gold medals in Kielce, Poland on Thursday.

“This has been an amazing effort from our youth boxers especially when the players had to be confined at home for most part of the last year and only make do with online training sessions. Our coaches and support staff did a stellar job despite the limitations and challenges. I congratulate all the winners on this unprecedented medal haul. This achievement is a testament of the talent we have in the upcoming generation of Indian boxing,” Boxing Federation of India President, Ajay Singh said while talking about the unprecedented medal haul by India at the AIBA Youth World Championships.

Earlier, Gitika led the country’s dominance and provided a perfect start for the day. The Haryana boxer, who came into the match beating two-time European Champion Italy’s Erika Prisciandaro, knocked down local favourite Natalia Kuczewska 5-0 in the women’s 48kg final and secured first gold medal for India at the on-going Championship.

The Asian Youth Champion Babyrojisana (51kg) and Poonam (57kg) further extended Indian winning momentum as the duo secured identical 5-0 victories to add two more gold medals. While Manipur boxer Babyrojisana looked in great touch during her flawless win against the European Junior Champion Russian Valeriia Linkova, Poonam also hit the aggressive mode from the word go and dominated her experienced opponent Sthelyne Grosy. With sharp and precise punches Poonam did not allow her opponent from France to score any point before completing an easy 5-0 triumph in the final bout.

Vinka (60kg) also produced a spectacular show as her punches, packed with a lot of power, were too strong for Kazakhstan boxer Zhuldyz Shayakhmetova. Referee had to stop the contest and declare Indian as the winner. Rajasthan boxer Arundhati added one more gold for Indian when she completed a fine 5-0 win against Polish boxer Barbara Marcinkowska in the 69kg final.

A 20-member Indian contingent had already created history by securing 11 medals at the on-going Youth World Championships bettering their previous best of 10 medals in 2018 edition. The only Indian men in the final, Sachin (56kg) will be in action tomorrow. Earlier in the men’s section Bishwamitra Chongthom (49kg), Ankit Narwal (64kg) and Vishal Gupta (91kg) won three bronze medals for the country with the semi-finals finish.

The 10-day biennial event, which had the men’s and women’s championship played together for the first time during the 2018 edition in Hungary, has witnessed high competition in presence of 414 boxers from 52 countries.