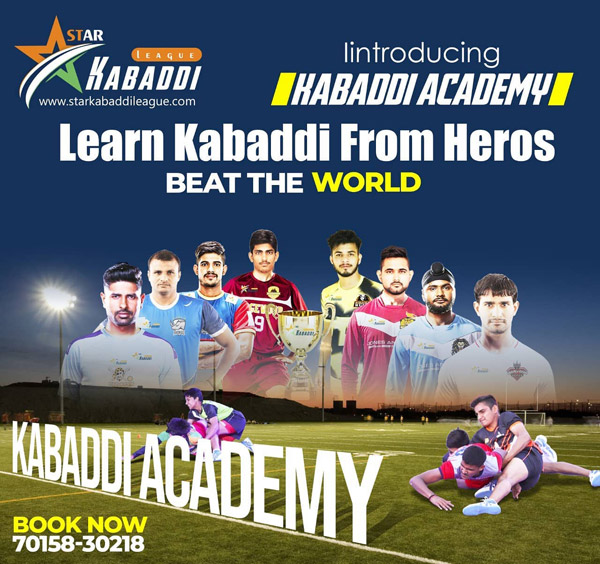 Star Kabaddi League proclaims a belief in the youth to appraise their dreams with utmost generosity. Our mission is to recognise ‘Kabaddi’ as a sport with noble ideas of fulfilling the dreams of the players. Star Kabaddi League formalizes the sport, which had traditionally been played in villages, for legitimate international competition. Inspiring the generation, we visualise our progress with hard work and sincerity. Established in 2018, we have excelled in a progressive journey which is highly persuading for the youth. Our goal is to encourage this sport at an international level by strengthening the hopes of the young players, uplifting new talent in the society.

Star Kabaddi League is a glorious manifesto that encourages the youth to understand their potential. We believe in the promotion and development of “Kabaddi”, to foster the noble ideals of the Olympic movement among member countries of Kabaddi Organisations.

Over the past few decades, Kabaddi has gained significance in the country. The Government has inaugurated several schemes and programmes such as The National Sports Talent Search, National Coaching Camp for Kabaddi, emphasising the importance of the Sport which paves the way for a brighter future that inculcates a victorious attitude with positivity in the young generation.

Star Kabaddi League takes extensive gratitude in initiating an aspiration in the minds of those who are the future of our country. Standing strong, we believe in the development of Kabaddi from National roots to a wide ranging audience. We have been continuously functioning in the benefit of this Sport and have reached at a stance, which enables us to inbuild a ray of hope and positivity in the young players, recognising their knack and hard work.