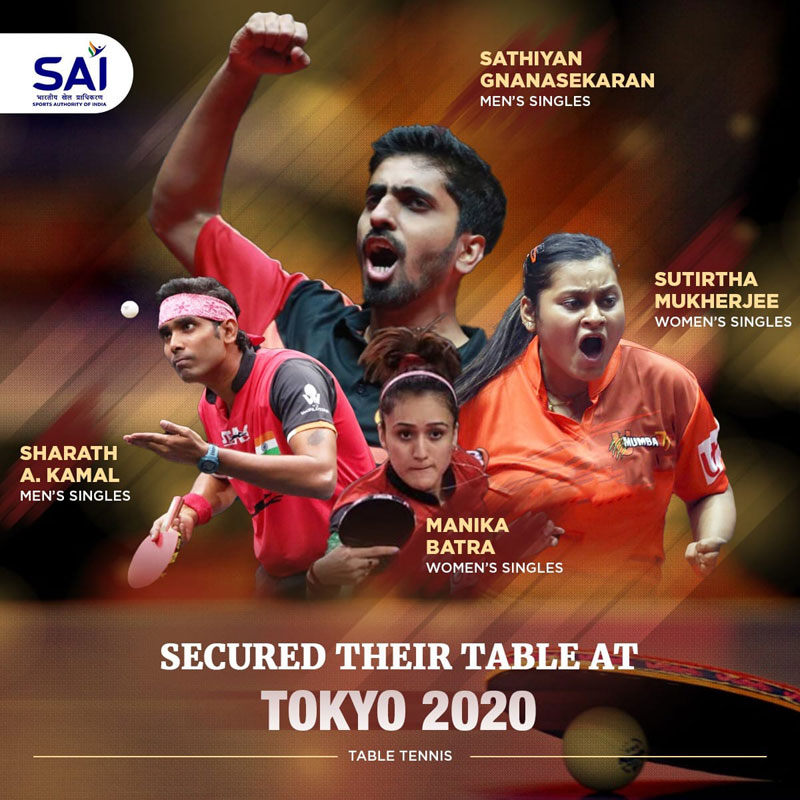 India paddlers made hay at the Asian Olympic Qualification tournament in Doha on Thursday as 4 of them sealed Tokyo Olympic berths. Veteran table tennis star Sharath Kamal will head to the Olympics for the 4th time in his career as he sealed the Tokyo ticket with a dominant win over Pakistan’s Muhammad Rameez.

Sathiyan, who is the top-ranked Indian men’s singles paddler, qualified by topping the group after a win over Rameez in the final round-robin match in Doha.

“It was a good match against Sathiyan but I made some errors and he capitalised on them to win the match. I was a bit nervous before playing against Rameez as I had never faced him before. But after the first few games I was confident that my strategy was working and I executed it well to maintain control,” the world number Sharath said.

“A lot of things have happened since March 2020. I became the champion in Oman and was in good touch, was preparing to play the qualification match in Thailand in just two weeks and suddenly everything came to a standstill.

“I have achieved the best rankings of my career and it’s a huge sigh of relief especially the way this year has been. Though this will be my fourth Olympics, it will be my best Olympic Games.”

Meanwhile, India’s second-ranked women’s singes player Sutirtha Mukherjee stunned top-ranked Manika Batra 4-2 in their one-off match to book her place in the Tokyo Olympics, her maiden appearance at the Games.

Manika Batra, the Commonwealth Games gold medallist, also booked her ticket to Tokyo after qualifying as the highest-ranked second-placed player at the Asian qualifiers in Doha.