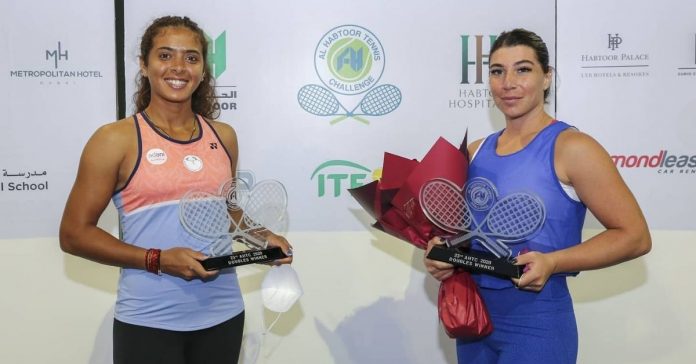 Tennis star Ankita Raina paired up with Ekaterine Gorgodze of Georgia to clinch the doubles title at the ITF women’s tennis tournament at dubai on Saturday.

The Indo-Georgian pair defeated the pair of Kaja Juvan and Bolsova Zadoinov 6-4, 3-6, 10-6 in a match that lasted one hour and nineteen minutes to lift the title.

The Indo-Georgian pair had started of wonderfully well, winning the hard fought first set 6-4 before their opponents gave a scare winning the second set 3-6 to equalise the match. But Raina and Gorgodze had other ideas as they kept their calm to pocket the $100k tournament in a tie-break.

The duo had earlier defeated the pair of Heather Watson and Anna Blinkova in the semi-finals.

This win will propel Ankita Raina who is the highest ranked Indian in women’s singles to world number 117 in women’s doubles rankings.