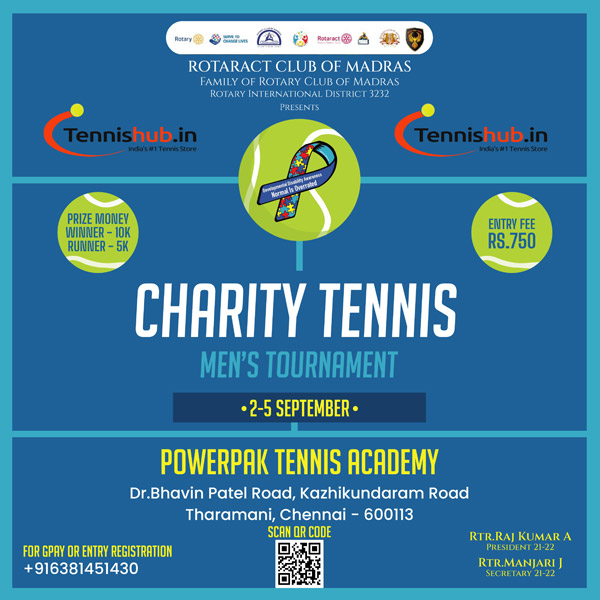 Former Naitonal Champion NIki Poonacha is finding time for a social cause amidst his tennis training.

The 26-year-old Niki, who had won the last ITF men’s tournament in Delhi in April, is helping in the organisation of a men’s ranking tournament in Chennai, in collaboration with the Rotaract Club of Madras and the Tennishub.

‘’The tournament will be held at the PowerPak Tennis Academy in Tharamani, from September 2 to 5. The winner and runner-up will get Rs.10,000 and Rs.5,000 apart from goodies from tennishub’’, said Niki.

‘’All the funds raised from organising the event will be donated to Mahaishwar School for mentally challenged’’, said Niki.
Except for enduring pain following vaccination, Niki has been training well for the international circuit.

‘’I am looking forward to competing in Tunisia and Egypt soon’’, said Niki who trains at the Rohan Bopanna Academy in the Sports School in Bengaluru.

Registration for the tournament can be done on the link, https://forms.gle/qXRkcSUgt1BKVuSi7 and furrther details can be had from the Tournament Chairman Ramya Natarajan.