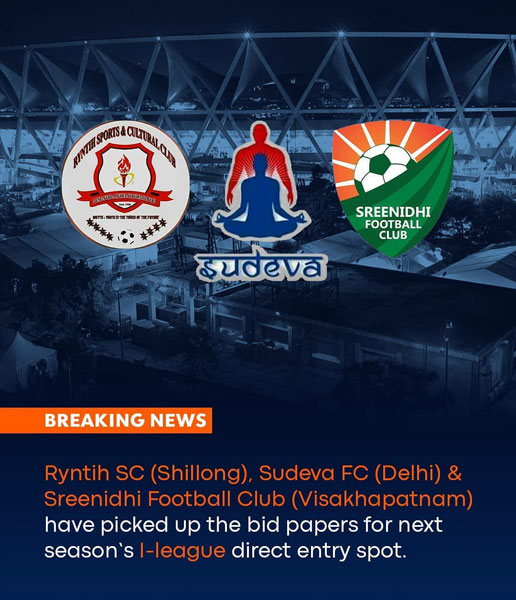 Three clubs Ryntih SC, Sudeva FC and Sreenidhi FC have collected the bid papers for the place in next season’s I-league. They will have to complete the procedures in a fortnight and AIFF will then evaluate and make a decision on which team should be selected next month. Ryntih SC is a club from Shillong which currently plays in Shillong Premier league, while Sudeva FC have tried their luck in I-league 2nd division in 2016-17 season, but didn’t continue competing in any AIFF competition after that season. While Sreenidhi FC is a club from Hyderabad who has been working on academy level and will look to move to Visakhapatnam to compete in I-league.