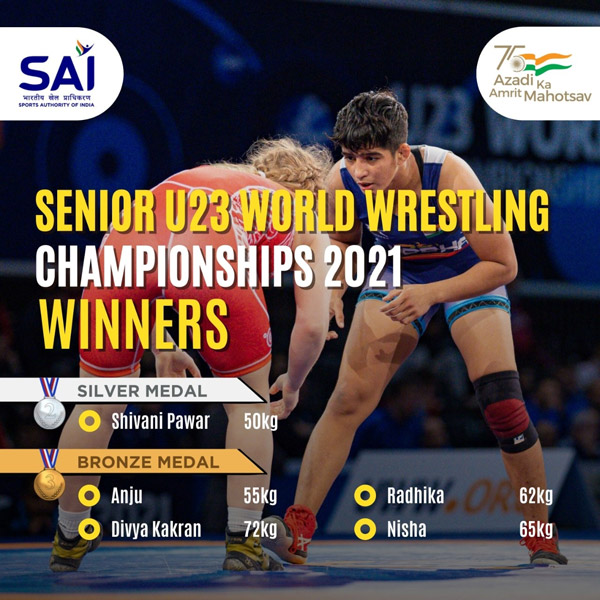 India’s Shivani Pawar won the silver medal and Anju, Radhika, Divya and Nisha clinched the bronze in their respective categories at the  U23 World Wrestling Championships 2021 in Belgrade, Serbia.

Shivani Pawar, who came through the 50kg  qualifiers on Wednesday, was pinned by the reigning junior world champion Emily King Shilson of the USA in the title clash.

This means Shivani became the seventh Indian to win a silver at the U23 worlds. No Indian has ever won gold at the event.

India won the highest no. of medals (5) in the tournament since its inaugural edition in 2017